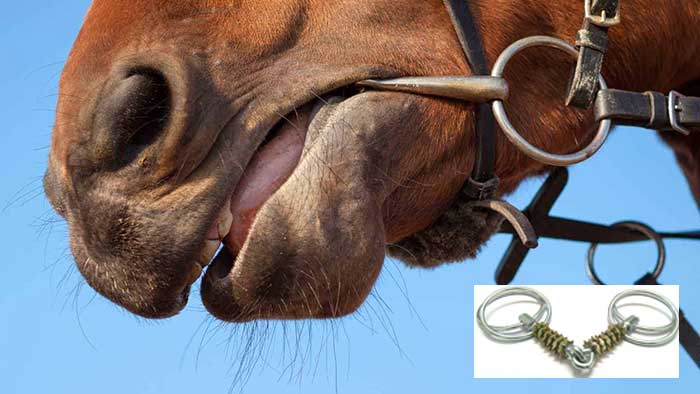 On the initiative of the People for the Ethical Treatment of Animals (PETA) India, the Uttar Pradesh government has banned the use of spiked metal bits, the devices buried deep inside the horse's mouth and pulled to control or tame them. The government has also banned its sale, purchase and storage.

The decision will save horses and mules across the state, the extreme torture and pain that the spiked metal bits cause them.

Though the usage of these devices is already prohibited under Rule 8 of the Prevention Of Cruelty To Drought And Pack Animal Rules 1965, the government has re-imposed the ban after PETA approached the animal husbandry department, complaining about the blatant sale of the prohibited spiked bit.

In its letter, PETA India pointed out that the population of horses and ponies in Uttar Pradesh is around 0.76 lakhs, the highest in the country, as recorded in the 20th Livestock Census 2019 conducted by the Department of Animal Husbandry and Dairying.

(Dr) U.P. Singh, director, animal husbandry department, has now issued orders to all chief veterinary officers (CVO) in districts across the state, directing them to re-enforce the orders with immediate effect.

"Use of spiked bits to control the movement of animals, especially horses, is banned. The department should carry out extensive drives across the districts to keep a check on the sale of these devices," U.P. Singh's order further states.

Officials of the animal husbandry department said, "these devices are generally used to control the horses, especially during weddings and rides."

The experts said there were other plain bits also that could be used instead of spiked bits, but people used spiked bits that caused an almost one inch deep wounds in a horse's mouth.

Lucknow and Bareilly, in particular, have witnessed extensive drives and workshops where the horse handlers were told the ill-effects of using spiked bits.