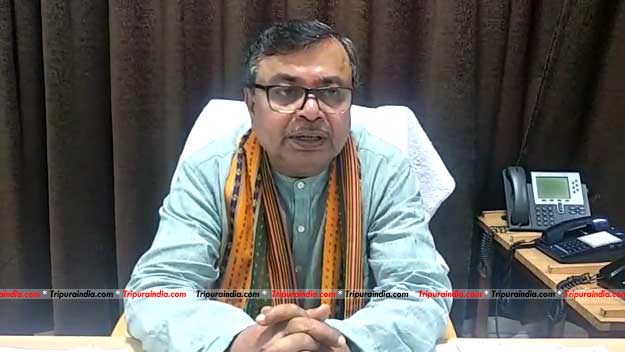 At a time when the deprived 10,323 ad-hoc teachers are hitting the streets of Agartala to demand alternate employment against their axed services, the state education minister Ratan Lal Nath on Tuesday has brought a relaxation for them saying that an alternate way out to be planned by February-March this year.

He said, "The Tripura government will decided an alternate way out for the 10,323 ad-hoc teachers of Tripura whose service are to be over on March 31 as per the apex court direction."

Interacting with the media this afternoon, Mr. Nath said, "We have been constantly studying the matter of these teachers to bring a permanent solution on it by finding a way out for them as per the norms and policy only."

"We are now paying for the mistake of the then Left front government who have recruited those 10,323 teachers illegally as probed by the court," adding to this Mr. Nath replied to media today and said, "They have their full right to place their demand as they are facing an axe of their service."

However, the minister hoped that an alternate way out shall be decided for them by the end of this March. He said, "We will try our best to keep their salary approx to what they are receiving now but then whatever we decide or however we take up the entire planning it should not violate the court's direction or restriction by any means."