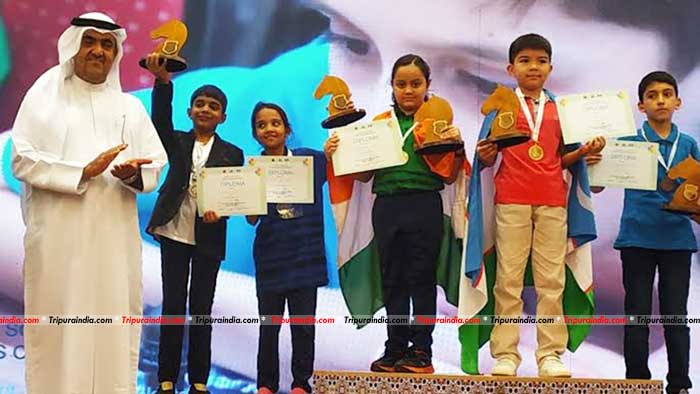 Dutta said that in the Under-9 chess category in the Asian School Chess Championship, eight-year-old chess prodigy Arshiya won a bronze medal in the 'standard' category and then clinched the gold medal in the 'blitz' category on Thursday by scoring five points in seven rounds.

Arshiya, a student of Class 3 in the Holy Cross School in Agartala, is currently the national champion in the Under-9 chess category.

Dutta, who runs a chess academy in Delhi, said that Arshiya earlier took part in the Asian Youth Chess Championship in 2018 in Thailand and qualified for the World Chess Championship, 2018 in Spain but failed to get any medal.