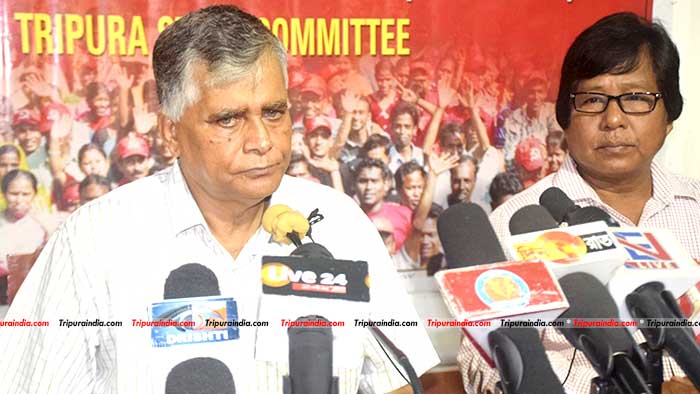 Secretary of CPIM Tripura state committee, Goutam Das today accepted that a fraction of CPIM party supporters voted for Congress in the just concluded Lok Sabha elections in an attempt to get relieved from the large-scale violence initiated by the ruling party.

“The Congress is the largest national party after the BJP, and there is perception that if not BJP than the Congress would for the government. People who stand for peace thought if they support the Congress, the violent activities may stop and they chose Congress as an alternative” Das told media this afternoon.

When asked of the percentage of vote that swung from the Left to Congress, he said that because of the large scale rigging took place during the elections; it became tough to find out the exact number of voters who did not vote for CPIM.

Speaking on the poll debacle, he said, the ruling Bharatiya Janata Party, very cleverly changed the narrative of the elections. Banking on the nationalist sentiments after Balakot air strike, the party has sidelined the real issues of people and gained peoples support. Moreover, he alleged, the BJP had played religious cards in some parts of the country in order to convince people.

He also informed the media that on June 15 last, CPIM state committee convened a state committee meeting. During, the meeting session it was decided that the party would organize condolence meeting of late Mangaleshwari Debbarma and Milan De Sarkar on June 21 next.