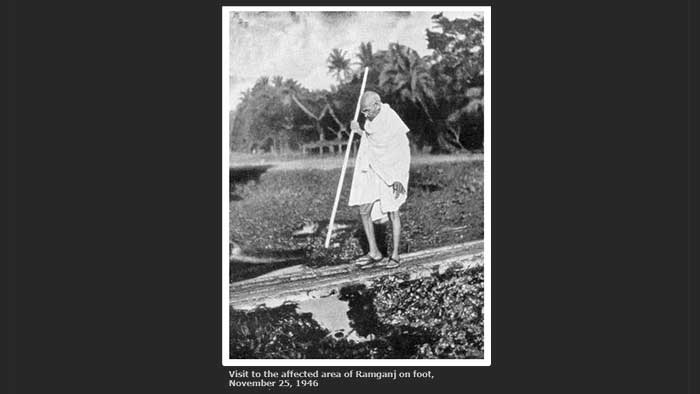 Bogies of Saptkranti Express, which runs between Muzaffarpur and Anand Vihar via Champaran, the work place of Mahatama Gandhi, will have on display photographs of events from his life.

"'Mohan to Mahatma', the exhibition marks the 150th anniversary of Mahatma Gandhi,
and opens October 2, his birth anniversary. It has been planned to make people aware of the Gandhian philosophy," said Rajesh Kumar, Chief Public Relations Officer of East-Central Railways.

"Each bogie of the train, which starts from Muzaffarpur in Bihar on October 2, will carry photographs from Bapu's life. And the Indian Railways has ensured the photographs on display are protected from any damage by the passengers," he added.