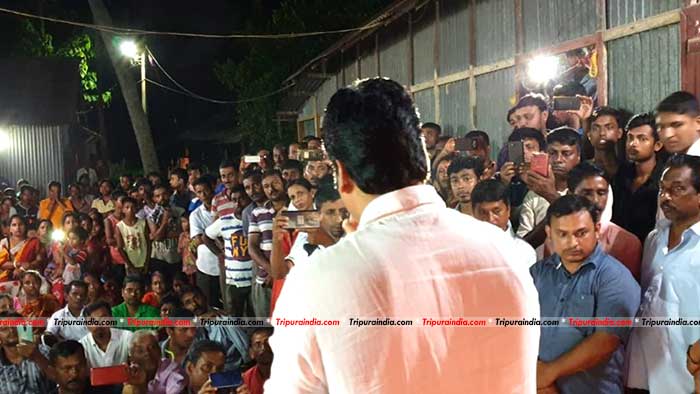 Chief Minister Biplab Kumar Deb on Tuesday ruled out the mindset of growing economy with drug smugglings in the state and said, “I will not compromise with any drug smugglers and the chain of it wither it may be police officers or and heavy weight persons.”

He said, “Once I was asked if I am scared of trapping the drug mafias who have a long chain across the state and abroad. I replied saying I do not compromise with drug smuggling and many police officers are currently in jail of aiding the mafias.”

Mr. Deb was addressing a gathering of party workers and supporters here at Agartala on Tuesday evening.

“I feel ashamed of getting the mindset that drug export will grow the state’s economy,” adding to this Mr. Deb said, “Whatever it may be at least I will not let the youths of this generation trapped in drug consumption.”

Meantime, the Chief Minister while addressing the gathering have encouraged section of unemployed youths of the state to join politics and said, “It is only the BJP party which instigates youths to join politics.” He said, “Except Mizoram and Nagaland, almost all the chief ministers of rest of the states in North East are young.”