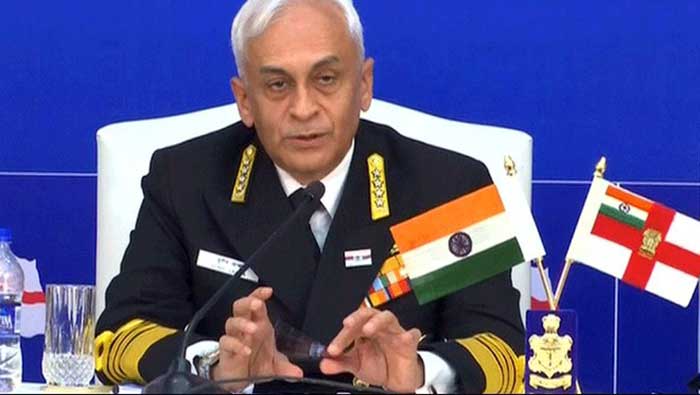 After serving for more than four decades, Chief of Naval Staff Admiral Sunil Lanba will pass on the baton to Vice Admiral Karambir Singh, who will take over as the Navy chief at a ceremony in South Block on Friday.

The switch-over is taking place in the backdrop of a succession row triggered by Andaman and Nicobar command chief Bimal Verma challenging the appointment of Karambir Singh as the new chief.

Verma's plea against overlooking him for the top post despite being the senior-most officer is pending in the Armed Forces Tribunal (AFT) though the Defence Ministry has rejected his objection.

AFT on Wednesday allowed Karambir Singh to take over till a decision on the petition comes.

Lanba's retirement has led to changes at the top of the defence establishment.

During his tenure as the Navy chief, Admiral Lanba set the tone for several transitions in operational, training and organisational philosophy of the Indian Navy.

The Mission Based Deployments, introduced in June 2017, transformed the operational philosophy to deploying mission-ready ships and aircraft along critical sea lanes of communications and choke points.

During the Admiral's tenure, the Indian Navy's foreign cooperation initiatives became a ‘key driver' to propel ‘India's defence diplomacy' to greater heights in the Indo-Pacific.

Under Admiral Lanba's command, the Indian Navy examined and put into place a series of measures under the ‘Make in India' initiative of the government and also recommended ways to further indigenize defence procurements to overcome major challenges.

A total of 49 ships and submarines are currently under construction in Indian shipyards, including the first indigenous aircraft carrier ‘Vikrant', the statement said.