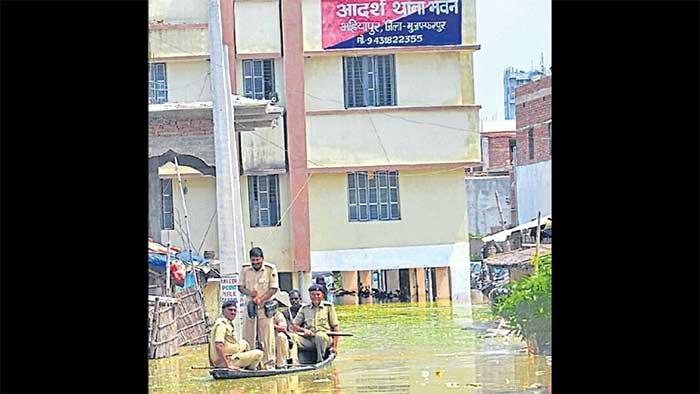 Flood has severely affected at least 12 districts of Bihar and despite every possible help from the government, people's woes are standing afirm. In this horrifying situation, a Model Police Station has also been turned into a 'pond' where boats remained the only hope to commute.

The officials of Ahiyapur police station are compelled to use boats for commuting as well as patrolling.

He said: "We can not halt work only because of flood. The police station premises has been filled with flood water. People are facing problems in visiting here. However, a boat was provided by the district administration that policemen are using".

Though, maximum people in the affected areas have been shifted to the safe places but at some place that are affected and people are still living there, police are using boat for patrolling and other works, he said.

Ahiyapur police station and nearby areas have been drowned in the flood. Around four-feet water is standing in the area.

The flood water is spreading in around 75 gram panchayats in nine divisions of Muzaffarpur district that has affected the lives of nearly 3.5 lakh people.