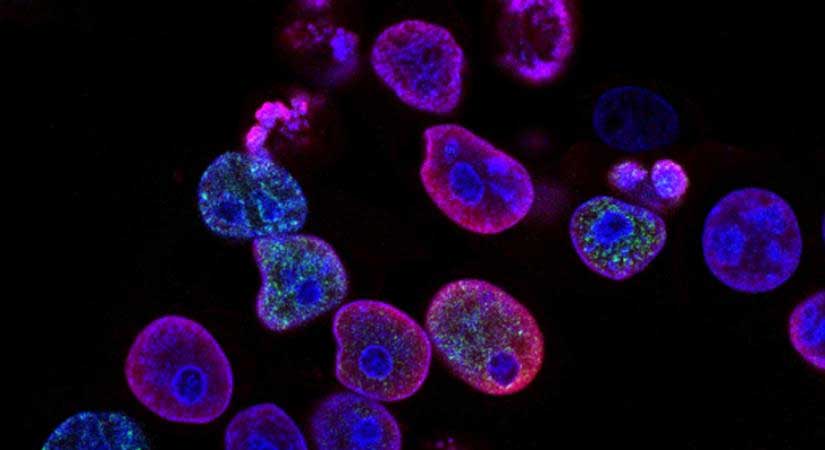 The sound of the word ‘Cancer is enough to scare anyone because there is no definite cure for it. Pancreatic cancer is one of those cancers in which the overall survival is very bleak as cases are often less sensitive to chemotherapy and radiotherapy. Dr Pradeep Jain, GI Oncosurgery, Medical Oncology, Fortis Hospital, Shalimar Bagh informs you about the connection between obesity and Pancreatic Cancer.

The best method to decrease the mortality (death rate) of these cancers is to either catch them early or prevent them happening. In view of non-availability of any screening test and limitation of diagnostic test, it is almost impossible to catch them very early. As dietary modification has been known for a long time to prevent cancer, it is likely to work in case of pancreatic cancer also.

Pancreatic cancer is associated with obesity and fat consumption as suggested in many epidemiological studies. Consumption of fat has been linked to pancreatic cancer not only directly but also by causing obesity. In obesity there is a general increase in inflammatory conditions in the body which leads to release of some chemicals (cytokines) which have important role in creation of pancreatic cancer.

Fat consumption (mainly saturated fats) have been shown to increase cancer of the pancreas by many observational studies in last 2 decades. In fact a study published (which comprised of more than half million US adults) in journal of the National Cancer Institute in 2009 demonstrated a positive association between dietary intake of total fat, particularly from animal sources. When people taking highest of fat compared to people taking lowest of fat, they are 23 per cent more likely to be diagnosed with pancreatic cancer (the effect was more profound when intake of saturated fat was more).

In fact, in an experimental study, the antagonist of CCK, Proglumide has shown to decrease the growth of cancer cells and decrease metastasis (spread) potential of cancer.

Now this leads to an important question whether with diet modification (by reducing content of fat) is it possible to decrease the chances of pancreatic cancer? A recent study published in Nov 2017 issue of AICR'S cancer research update) have found that older women who are overweight or obese had lowered the risk of getting pancreatic cancer by following a low fat diet plan.

Low fat diet was particularly effective in reducing pancreatic cancer risk in over weight and obese post-menopausal woman. A low fat diet was not found to lower the disease risk for women whose weight was normal.

Foods that are sources of saturated or trans fats are butter, margarine (stick), coconut oil, palm oil, vegetable oil and hydrogenated oil. We should motivate the general public to consume more of fibre and exercise and reduce saturated fat content from diet.