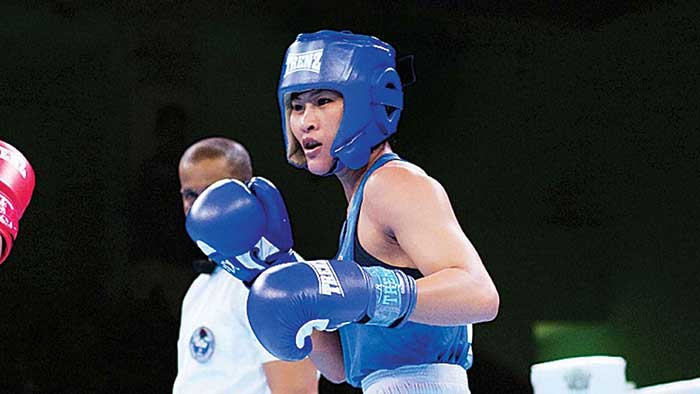 World Boxing Championships bronze medallist Jamuna Boro, who hails from Dhekiajuli in Assam, is delighted to see the rise of boxers in her home state. Along with Boro, Assamese boxers Bhagyabati Kachari and Lovlina Borgohain are among the top prospects for boxing in India.

"It's good to see a lot of boxers coming up from Assam. I hope that boxers all over the country, not just from Assam, perform well in boxing and move forward in the sport. There are facilities provided to all athletes, they have to utilise all the facilities and improve their game," said Boro.

Boro said that the third edition of the Khelo India Youth Games will be a huge benefit for Assam.

"It's great that the Khelo India Youth Games will take place in Assam. The tournament will be a huge benefit for the athletes of Assam. It'll give them an opportunity to perform in a big competition," said the 22-year-old.

The boxer added that the Khelo India Youth Games is an excellent platform for the upcoming athletes to showcase their talent.

"Every athlete has to focus hard on the tournament. Everyone has to work hard and prove themselves during the competition. The Khelo India Youth Games provides a good platform for all athletes to perform on the big stage," said Boro.

The boxer won her first medal in a big senior competition this year. Boro clinched bronze in the World Boxing Championships in Russia in October. The Assam athlete, who was initially a Wushu player, took up boxing in 2009.

"I started boxing in 2009 and played my first international tournament in 2014. I won my first medal in a big senior competition this year. I was happy to achieve the feat and hope that I can keep achieving milestones in the future," Boro said.