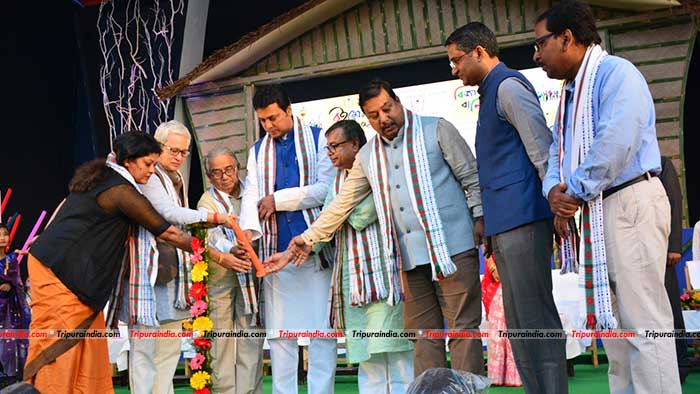 Addressing the gathering of students and others walks of life today during the inauguration programme, the Chief Minister said, “The change of location of the Agartala book fair has eased the poor section of people residing across Hapania and Suryamaninagar which is at the outskirt of capital city.”

“Locating the Agartala book fair from this year at Hapania shall help build a model state,” adding to this Mr. Deb said, “There was a mindset of keeping the location of the fair limited to the capital city only. But the idea is changed now to organise the fair at Hapania from now on.”

Meantime, Mr. Deb emphasised on the recent developments and said that the state is progressing towards becoming a model state. Education minister Ratan Lal Nath along with the deputy Chief Minister Jishnu Dev Verma and others remained present in the programme today.

A large number of publishers and sellers have opened stall this year whereas a large number of buyers and others walks of life from different parts of the state took part in the inauguration ceremony of 38th edition of Agartala book fair.