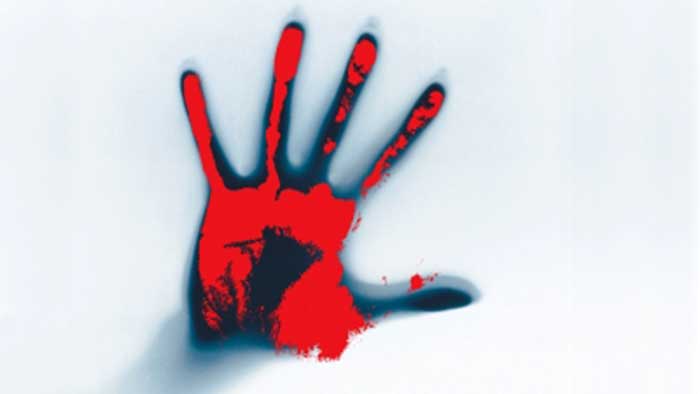 The Mumbai Police have arrested two persons, including a minor boy, for allegedly killing a 59-year-old man, chopping his body, stuffing the pieces in bags and throwing them into the Mithi River.

Last week, the police had recovered a suitcase containing some of the body parts from the Arabian Sea near Mahim seafront.

The two arrested include Aradhya J. Patil, 19, and her 16-year old boyfriend who killed Bennett Rebello on November 27 at his house.

The crime was committed at Rebello's Dwarka Kunj home in suburban Santacruz East using a knife and a stick and a poisonous mosquito spray, said the police.

Police investigation has revealed that Rebello, who had reportedly adopted Aradhya alias Riya a few years ago, was against her relationship with the boy and also sexually assaulted her.

Aradhya and her boyfriend allegedly killed Bennett Rebello on November 27.

After killing him, the duo chopped his body into pieces over the next three days and stuffed them in a suitcase and a couple of bags which they disposed off in the Mithi River flowing nearby.

After the suitcase was recovered, the Crime Branch got cracking and got clues from a maroon sweater with which the body parts were covered.

The sweater was from a tailor shop in Kurla from where the police got a receipt with Rebello's details, which led the police to crack the case.

A divorcee, Rebello was a guitarist playing at local functions. But he was not seen for over a week, according to the locals, who informed the police about his adopted daughter Aradhya.

"We are still investigating this gruesome murder, whether it was a pre-planned conspiracy and what were the real motives. We are also trying to recover the remaining body parts," Shahaji Umap, DCP Detection, told mediapersons.