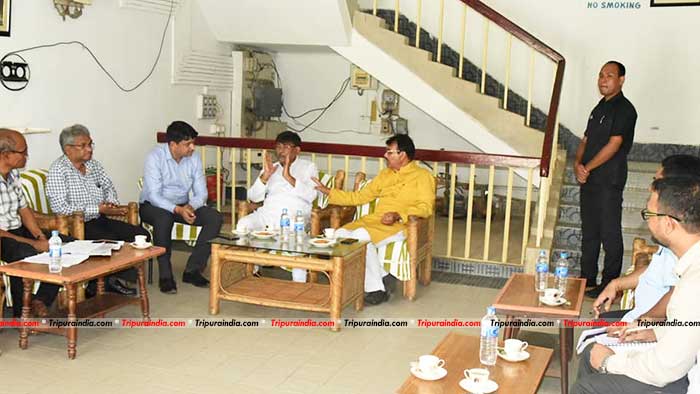 The state government is mulling to set up a spot for special tourist attraction assembling glimpses of all the 51 Shaktipeethas at Udaipur. And everything falls in the right direction soon the construction of the project will be kicked off, said Tourism Minister Pranajit Singha Roy today.

“Matabari is a religious tourist spot, where thousands of devotees visit every year. In order to add something more to the travel-book of the tourists, we are planning to design the Udaipur city and its outskirts” Singha Roy added.

The Tourism Minister who today visited Bandowar where the proposed project is going to be constructed also said, there are several projects under progress in the Gomati district. Under those projects, a lake will be dug at Bondowar centering which the entire project of Shakteepithas will be designed. Facilities like Boating and other tourist attraction will be available.

Later on the Minister presided over a meeting at Gunabati Yatri Nivas. In the meeting sources said, the project of building a rope-way from Maharani to Chabimura was discussed. It has been suggested by the higher officials to speed up the process of work as the industry of tourism has potential of generating employment and develop the circumference of the area.