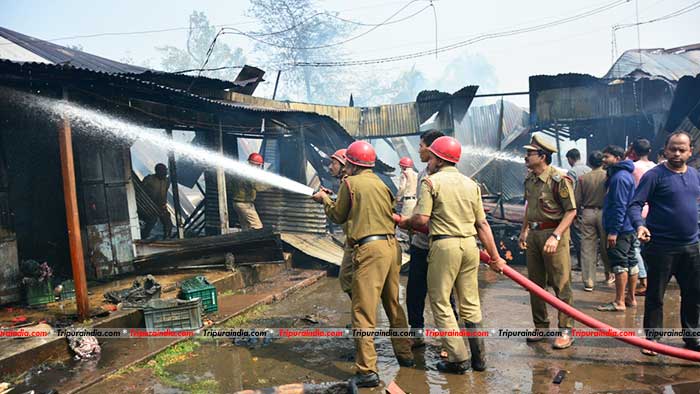 In the first incidents reported at Kailasahar, altogether 7 shops had been reduced to ashes due to devastating flame.

According to sources, the fire first spotted in a mobile shop late on the Thursday night which further expanded and resulted in huge loss to the traders. One of the local said, despite fire tenders were pressed into action just after the incident, it could not prevent the losses. 7 shops including Medicine shops, footwear shops, shops of vegetables and many more was destroyed by the fire.

Speaking to this reporter, one of the on-duty police officer said, a cylinder in a fast-food shop exploded which triggered massive fire in the adjoining shops located in the backyard of Nagerjala bus stand. Altogether, 7 fire tenders had been engaged to douse the fire and estimated loss due to the incident was reported to be more than lakhs.