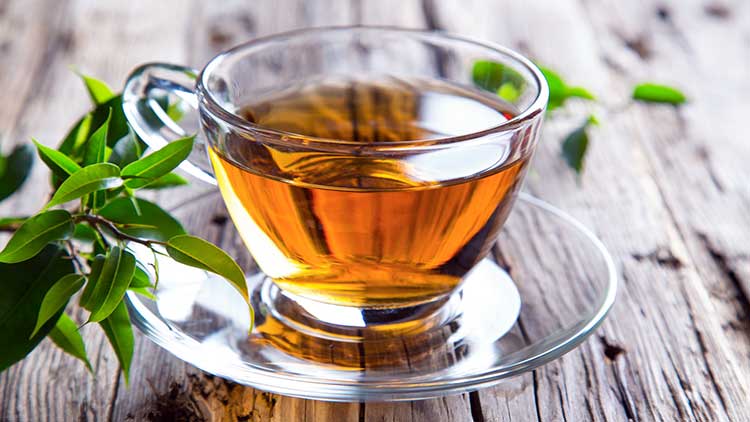 Agar (Aquilaria malaccensis) is a fast-growing large evergreen tree with shiny green leaves andpointed tips. Aquilaria tree, one of the world’s most expensive trees, is known for agarwoodis appropriately called a Magic Tree as the entire tree parts are beneficial to mankind in one way or another.Trees in this genus produce highly-prized resin-impregnated wood upon fungal infectionin the main trunk. Agarwood oil is the main product which is extracted from the infected heartwood, whereas the agarwood tea is a subsidiary product made from the green leaves.

In some countries, farmers capitalized on the leaves of their planted Aquilaria tree by producing a tea drink, and thus it is named as ‘agarwood tea’. The tea acts as a natural detoxifier and removes all the toxins from the body. Agarwood Tea removes many toxinsincluding mercury which is known the villain of the toxinworld,from the body system and thus prevents premature ageing and other neurological diseases. The leaves also have beneficial pharmacological properties like analgesic, anti-arthritic, anti-inflammatory, anticancer, antitumor, antioxidant, antibacterial, antifungal, antidiabetic, antihistaminic, lipid-lowering, laxative, acetylcholinesterase,  inhibitory and hepatoprotective. Agarwood tea products are mainly manufactured in China, Malaysia and Indonesia. Generally, the process of making agarwood tea is similar to other common teas.Young shoots, and the first and second leaflets are selected for making tea. Initially, collected leaves are rinsed through with clean water to remove dirt, followed by the drying step either under the sun or in the drying chamber. In some cases, the dried leaves undergo a freeze thaw process after the drying step. Subsequently, leaves are fermented using fermentation agents, such as lactic acid bacteria, yeast, Penicillium sp., Aspergillus niger, Rhizopus sp. or submerged in liquorice syrup to enhance the tea aroma and reduce bitterness. Fermented leaves are then air-dried, roasted several times before being rolled or crumpled into small bead-like form, either by hand or machine. The dried leaves are then finely chopped and made ready for use in making herbal tea.Another popular preparation is by crushing the leaves and packing them into tea bags (TRAFFIC East Asia-Taipei and TRAFFIC Southeast Asia, 2005).

The presence of various bioactive compounds like phytol, squalene, n-hexadecanoic acid and octadecatrienoic acidin the leaves of Aquilaria, are important to register agarwood tea as a healthy drink and for use in traditional practices for treating various health problems. Agarwood tea maintains balanced body weightand stabilizes blood sugar.The tea promotes weight loss, one of the key benefits of agarwood tea, as it is a rich source of flavonoids that help in fat burning. It also improves the body metabolism which means that everything you eat gets burned properly and doesn’t get deposited in the form of fat.

Agar is also a critically endangered tree species of NE States and presently cultivated in Northern part of Tripura mostly in the Tripura-Assam border. Using agar leaves as tea is one of the way by which these medicinal properties can be effectively utilized. The economics of well managed Agar plantation is expected to be much higher than the rubber plantations in Tripura and thus, Agar plantations may also be a suitable alternative wherever Rubber cultivation becomes unproductive in the state. Agar farming and value addition has an immense potential to become a stronghold constituent of Tripura’s economy.