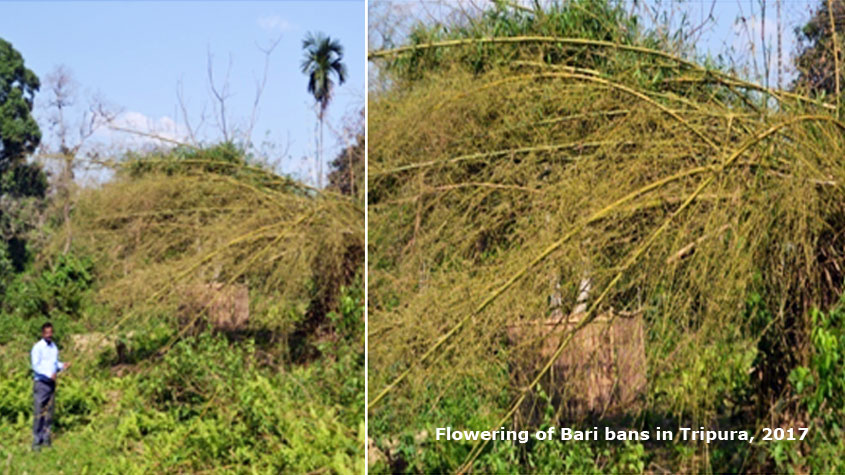 This intriguing phenomenon of sporadic flowering is observed and reported in the month of Feb, 2017 at Dasda Road, North District of Tripura by a team of local volunteers and researchers visited from Centre for Forest-based Livelihoods and Extension (CFLE), Agartala.

Since the current flowering in Bari bamboo is also a sporadic, the setting of seeds is not observed. Vegetative propagation of Bari bamboo is much successful through culm cutting, stem cutting and offset. Bari bamboo has versatile uses in making handicrafts, furniture, fencing and paper. Its edible shoots are also consumed at large by tribal communities in Tripura.