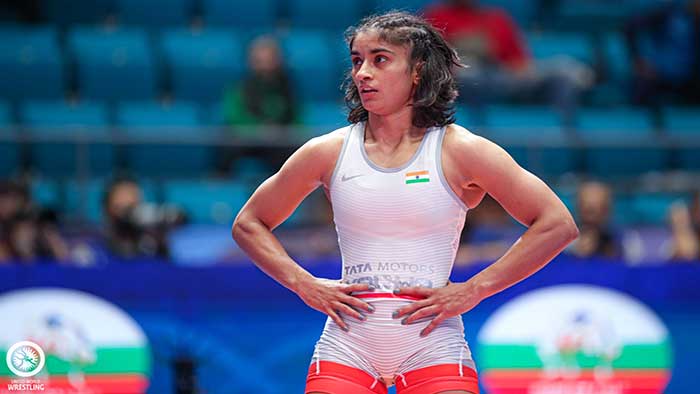 Asian Games gold medallist Vinesh Phogat on Wednesday became the first Indian wrestler to secure an Olympic quota for the 2020 Tokyo Games after winning both her matches in the repechage round of the 53-kg weight category at the ongoing World Wrestling Championships.

The 25-year-old, on Tuesday, began her quest for a maiden medal from the world event with a thunderous 13-0 win over Rio Olympic bronze medallist Sofia Mattsson of Sweden. Even though it sparked hopes of gold, her next bout against the reigning world champion Mayu Mukaida of Japan proved tough.

The Japanese kept the Indian on the backfoot and prevented her from showing her usual aggression, resulting in a 0-7 loss for the Commonwealth Games gold medallist. This was the second consecutive defeat that Vinesh suffered at the hands of Mukaida following the Asian Championships.

However, with Mukaida managing to reach the final, Vinesh was presented with yet another shot at a medal.