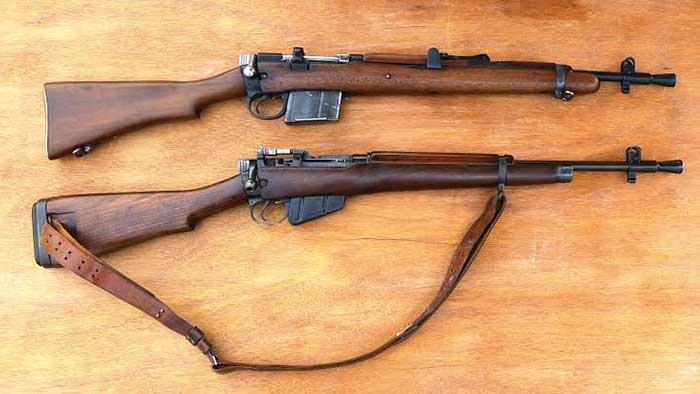 After over 70 years of service, the Uttar Pradesh Police is finally retiring the 303 rifles on this year's Republic Day. An order to this effect was passed on Thursday by the state police headquarters here.

Director General of Police, Logistics department, Vijay Kumar issued the order to all the Senior Superintendents of Police and Superintendents of Police, which said that the rifle is not to be used now. The order also directed the district police chiefs to use the rifle during the Republic Day parade ceremony. This is being seen as the best way to retire the overly used rifle.

The rifle is being replaced by modern rifles like Insas (Indian Small Arms System) and SLRs (Self-Loading Rifles).

Almost a century old, the 303 rifles were introduced in the year 1914 during the First World War and the Uttar Pradesh Police received this rifle in 1945. Since then, the rifle has accompanied the jawans all along in all kinds of operations.

Aiming at strengthening law and order and providing more secure environment to people, the Uttar Pradesh government decided to equip its police with the modern rifles. With criminals often managing to lay hands upon modern gadgets, the police personnel sometimes struggled with the rifles to keep pace.

The 303 rifle is a bolt-action, magazine-fed, repeating rifle that can fire one shot at a time after which the barrel needs to be reloaded. On the other hand, Insas is an automatic rifle that does not need reloading while in action.

As per a report, 63,000 Insas and 23,000 SLRs have been sent to the police stations all over the state and the police personnel have been instructed not to use the 303 rifles anymore.

In order to honour the long association of the Uttar Pradesh Police with the 303 rifle, it was decided to use this rifle in the guard of honour ceremony during the January 26 parade in all the districts of the state this year.