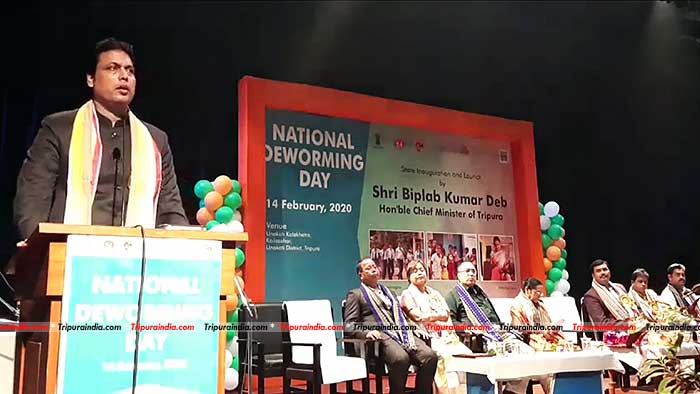 As the nation is preparing to observe the De-worming day on February 17, the state of Tripura has set a target to administer Albendazole (de-worming) tablets to over 12 lakhs children aged 1-19 in all the government and non-government aided school.

“9 lakhs people across the state were provided with the Ayushman Bharat card so far and over 90 hospitals including non-government aided are registered with the scheme which ensures health insurance of Rs. 5 lakhs to each family in the nation.”

He said with the inclusion of major departments like the Neurosurgical unit to deal with emergency patients the state of Tripura to soon have other departments like plastic surgery and Eurology unit in the GBP hospital. He said the state health department has already started the processing for this.