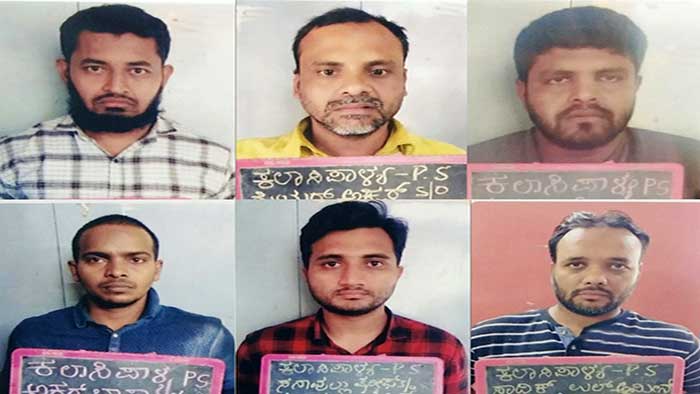 "All the accused had conspired to kill a prominent Hindu leader in favour of CAA and the National Register of Citizenship (NRC), said Bhaskar Rao, Bengaluru police commissioner, in a statement.

On December 22, Varun was returning from a pro-CAA support meeting at the Townhall which was also attended by Bengaluru South member of Parliament Tejasvi Surya and Yuva Brigade founder Chakravarthi Sulibele.

According to the police, the accused arrived on two motorcycles and waylaid Varun to stab him near Kumbaragundi road, causing serious injuries on his head, neck and back.

Varun survived the attack after being shifted to a nearby hospital.

Aiming to leave no trace of the crime, Rao said the accused wore three layers of clothing, left their phones switched on at home and wore helmets.

After attacking Varun, the accused obscured their vehicle number plates with soot, burned a layer of clothing with petrol, dumped their weapons in a lake near Anchepalya, and threw their helmets in a pond near Ramamurthy Nagar.

Though their main target was a prominent Hindu leader, they backed off from launching an attack on their target because of heavy police security on December 22, 2019, Rao said.

"They felt their plan would fail and thus decided to at least kill a Hindu activist who actively participated in the pro-CAA event, the police chief added.