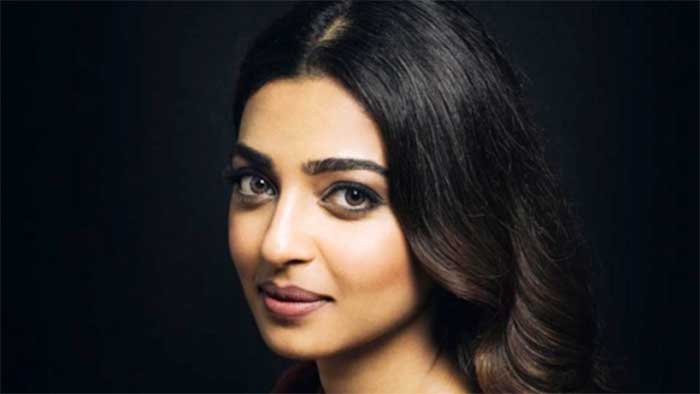 Never the demure damsel, Radhika Apte refuses to be a Bollywood typecast. She has played powerful characters across industries and mediums, but it's her roles in Netflix's 'Ghoul', 'Sacred Games' and 'Lust Stories' that have led to her being hailed as the "queen of the OTT (over-the-top) platforms".

"Acting across mediums does not change things much. What does change is the viewership, people across the world have viewed these shows. The digital medium is very fast. It's faster than films, because this content is in people's hands all the time, and that really makes a difference," the 33-year-old actor told IANSlife on the sidelines of a Lecoanet Hemant fashion show, where she walked the ramp.

Radhika credits streaming platforms for generating employment. But are they are also producing superior content?

"Some actors have got outstanding parts. All the OTT platforms seem to be working on big productions only. I hope it's not just a transfer (of content) from Bollywood to them. Let's wait for a year or two. Consistency can only be checked over time. Right now, the platform is superb. There's no doubt about that. The budgets are great, production and systems amazing, and work ethics in the right place. "

The consistency over time also needs to be tested for women characters, she points out. "At the moment, the digital platforms seem to be giving women more court to play with many more and stronger protagonists."

Video-streaming services may be eyeing a larger share of the Indian entertainment market pie through cheaper mobile-only plans and other such launches, but the Vellore-born actor does not see them overtaking films any time soon. The advent of Netflix in India hasn't reflected in any change in the number of box-office successes or their earnings so far, she emphasises.

Known for her roles in National Award winning films such as ‘Andhadhun' and ‘Padman', Radhika herself is in the process of finalising a few big Bollywood projects.