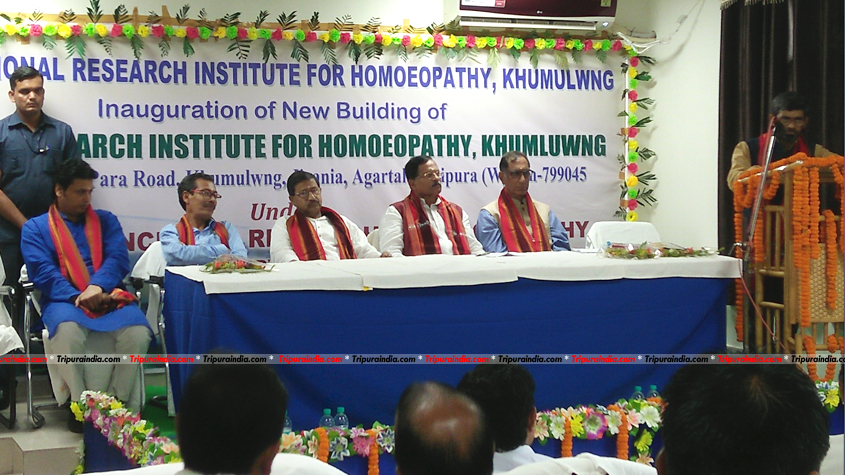 The Union Minister for AYUSH Shripad Yesso Naik on Monday opened the 9th Regional research Institute for Homeopathy under the Central Council for Research in Homeopathy (CCRH) here in the ADC area of Khumluwng.

While addressing the function today the Union Minister Naik said that the centre is giving much emphasis on AYUSH system both in financial grant and in administrative issues.

He said that for the development of traditional system of medicine in the country the governemnt at the centre has signed MoUs with many other countries including Russia.

However, the institute being launched today in TTAADC is spreaded over an area of 2.5 acres of land rendered by the Tripura government in consultation with the TTAADC administration at free of cost.

The CPWD department has build the main building of the institute and the staff quarter with a cost of Rs. 15 crores.

This institute is perhaps the first of its kind build upon its own land in Northeast India.