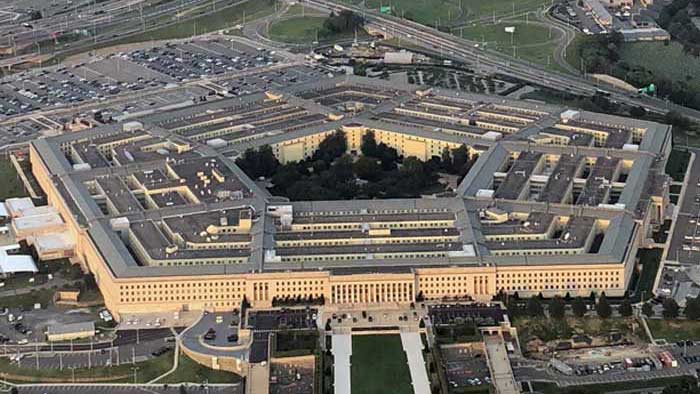 The Iranian Parliament on Tuesday ratified a motion dubbed as "harsh revenge", that considers all members of the US Pentagon and those responsible for the death of Major General Qasem Soleimani as "terrorist forces".

The triple-urgency motion is a modification of a previously ratified bill on April 23, 2019, that designated the US Central Command (CENTCOM) as a terrorist organization in retaliation to the same designation imposed on Iran's Islamic Revolutionary Guard Corps (IRGC) by Washington, the Tehran-based Mehr News Agency said in a report.

Parliament Speaker Ali Larijani said in Tuesday's open session that in the previous anti-US law, CENTCOM was designated as a terrorist entity.

"Today, following the cruel US measure in assassinating General Soleimani, the responsibility of which was accepted by the US President, we modify the previous law and announce that all members of Pentagon, commanders, agents and those responsible for the martyrdom of Gen Soleimani will be considered as terrorist forces," Larijani was quoted as saying in the report.

All of Iran nation supports the resistance, he added.

The modified law also allows withdrawal of $223 million to the IRGC's Quds Force from the National Development Fund of Iran for the next two months, added Larijani.

He said that the Supreme Leader Ayatollah Ali Khamenei's permission to withdraw the fund has been obtained, the Mehr report added.

Following its ratification, MPs chanted anti-US slogans at the Parliament.

Soleimani and his son-in-law and Abu Mahdi al-Muhandis, the second-in-command of Iraq's Popular Mobilization Front (PMF), along with eight other people were killed in the January 3 drone attack ordered by US President Donald Trump.

Soleimani, 63, was the elite Quds Force chief in charge of IRGC operations outside Iran, and has been on the ground in Syria and Iraq supervising militias backed by Tehran.

The Quds Force holds sway over a large number of militias across the region ranging from Lebanon to Syria and Iraq.

The attack has led to widespread condemnation in Iran. Supreme Leader Khamenei and President Hassan Rouhani has vowed revenge on the US.

During an open session of the Iranian Parliament on Sunday afternoon, President Trump was called a "terrorist in a suit" after he threatened to hit 52 Iranian sites hard if Tehran attacks Americans or US assets.