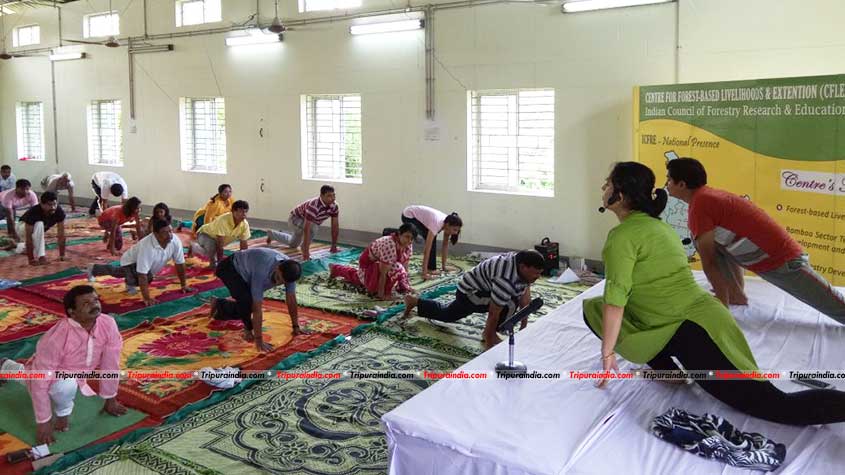 The event was attended by 60 participants from A.G. Office, CPWD office including their family members along with FRC-LE officials.  The renowned Yoga Teacher Smt Anu Kumari of GPRA Yoga Club along with her trained followers provided the physical demonstration support.

Among the special dignitaries Sri Amitabh Gupta, Retd, District Judge was invited as Chief Guest, Sri Manish Kumar, Accountant General, Tripura and Sri Praveen Kumar Saxena, DAG, Tripura as Guest of Honour were present in the program. The guests were presented with traditional RISA by officials of FRC-LE and members of YOGA Club.

Prarthana and Shantipath were recited before and after the programme.  Members present in the session expressed their experiences and stated that they were feeling relaxed, refreshed and calm after the session.

The program concluded with vote of thanks from Dr. G B Singh, Sr. Scientist, Central Silk Board, Agartala.