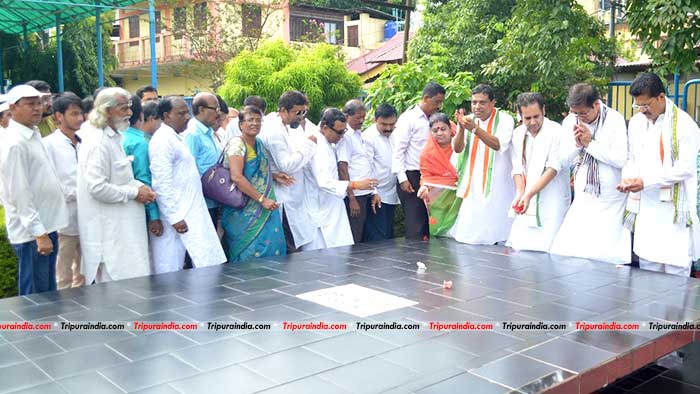 The Congress party in Tripura today remembered the former Prime Minister of India – Rajiv Gandhi on his 75th birth anniversary with series of programme organised across the state.

Former Indian Prime Minister and a member of Gandhi-Nehru family, Rajiv Gandhi was born on August 20, 1944 in Bombay Presidency.

The Congress President Rahul Gandhi along with his mother also a former congress president Sonia Gandhi today paid tribute to Rajiv Gandhi at Delhi. Rahul Gandhi remembering his father Rajiv Gandhi tweeted today and said, “Today we celebrate the 75th birth anniversary of Rajiv Gandhiji, a patriot & a visionary, whose far sighted policies helped build India.” In the tweet Mr. Gandhi further stated, “To me, he was a loving father who taught me never to hate, to forgive & to love all beings.”

The Congress observes the day as 'Sadbhavna Divas'. Gandhi was born on this day in 1944 in Mumbai.