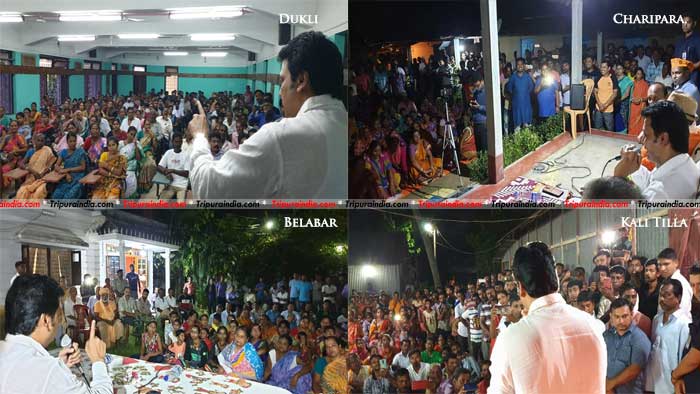 As the by-election in the Badarghat parliamentary constituency is round the corner, all the key opposition parties—ruling BJP, and opposition Congress and CPIM seemed to have rolled their sleeves up and initiated massive campaigning for their candidates.

During the meetings, the Chief Minister interacted with the locals of the area and tried to know about the demands of the local people and their aspirations with the party in future.

On the other hand, Congress party which has once again fielded party loyalist Ratan Das at Badarghat also started campaigning. Congress leader Subal Bhwomik, who just returned to the party after serving a long term in the BJP as state Vice-President has been seen as party’s face in the campaigning for Das.

However, Congress party sources said that all the party leaders would campaign for Das before the elections.

CPIM candidate Bulti Biswas is also found busy with door to door campaign but no state leaders have been seen campaigning for her.