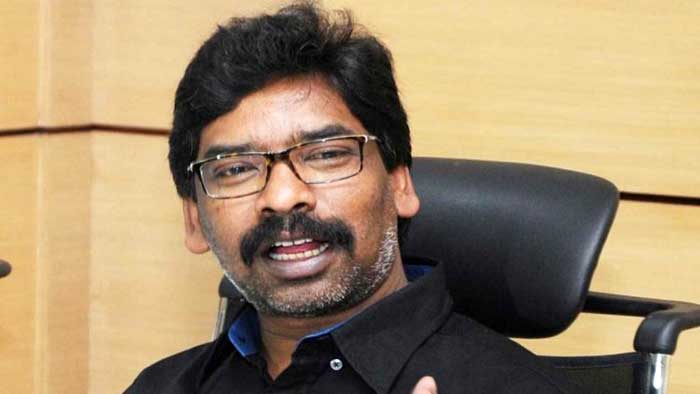 After the defeat of the BJP and the victory of the coalition in Jharkhand, Hemant Soren, the Jharkhand Mukti Morcha (JMM) leader, is all set to become the Chief Minister. The coalition is celebrating the win, but the challenges before Hemant Soren are grave.

There are five major challenges for the new government to meet the expectations of the people.

The Jharkhand government currently has a debt of Rs 85,234 crore. When Raghubar Das took over the government in 2014, the state had a debt of 37,593 crore, which increased drastically during his government. This government took more than the total loans drawn by all the governments in the 14 years before 2014. In such a situation, Hemant Soren has the challenge to reduce this debt.

The farmers in the state also have a debt of over Rs 6,000 crores who are expecting a relief from the new regime. Hemant Soren will face the challenge of getting these farmers out of the debt.

After being carved out from Bihar in 2000, Jharkhand has been tagged as a 'poor state'. Over 36.96 per cent of the population still lives below the poverty line. Getting Jharkhand out of this state is also a challenge for Hemant Soren.

Jharkhand has often been in the news for the starvation deaths. This is the same state where in 2017 in the Simdega district, an 11-year-old girl named Santoshi died of starvation. Jharkhand needs about 50 lakh metric tonnes of food grains every year, but only 40 lakh metric tons are produced here in best of the conditions. The challenge for Hemant Soren is to fill this gap of 10 lakh metric ton.

While in Jharkhand, Maoists have been curbed in many districts, but there are still 13 affected districts. These include Khunti, Latehar, Ranchi, Gumla, Giridih, Palamu, Garhwa, Simdega, Dumka, Lohardaga, Bokaro and Chatra districts. Making them Maoist-free will be a challenge for Hemant Soren.

Jharkhand has also been infamous for mob lynching. In such a situation, it will be a challenge for Hemant Soren to stop such incidents during his rule.

One out of every five youth in Jharkhand is unemployed. Forty-six per cent post graduate and 49 per cent graduate youth of the state do not have jobs. This figure has been revealed in the report of the Institute of Human Development. On the basis of Economic Survey 2018-19, more than one lakh youth were given training under employment schemes of the government, but eight out of 10 youth are looking for work.

Hemant Soren has said on his Facebook page that the unemployment rate in Jharkhand is crossing its limits. It is growing like a disease. While the unemployment rate in the country is currently 7.2 per cent, it is 9.4 per cent more than that in the state. In the last 4.5 years, the Raghubar government of the BJP has duped the youth. There are more than four lakh registered unemployed in the state. And, more are on the roads searching for jobs.

He said: "I promise the unemployed youth of the state that when my government comes, 100 per cent youth will be given employment in the state itself, and unemployment allowance will be given to them till each one is able to get employment."