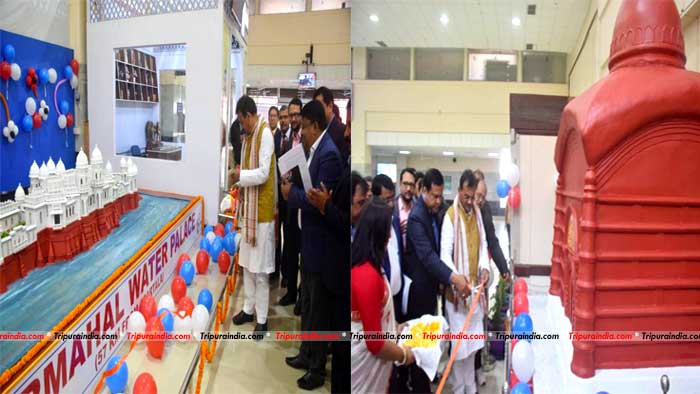 Tourism Minister Pranajit Singha Roy today hoped that Unakoti, an Archeological site of the state will be enlisted as one of the world heritage sites as per the UNESCO guidelines. “A proposal from the part of state government has been already forwarded to the centre” said Roy.

Addressing the media, after officially unveiling two replicas of Neermahal and Tripura Sundari temple at MBB Airport, Roy said that the state government was leaving no stone unturned to develop the tourism sector as a profit-making industry for the state.

“Tripura has no dearth of natural beauty to get noticed as an ideal place for tourists. 8 of the total 10 archeological sites of the North East are here, places like Neermahal are something that can easily bring more tourists if marketed properly.  But, unfortunately, lack of willingness of the previous governments cannot help this industry grow. As a part of our attempts, we have forwarded a proposal to the central government for Unakoti” Roy added.

He also said that the North Eastern region has great potential to woo tourists from different parts of the country as well as abroad. “Prime Minister Narendra Modi has already declared North East as the potential region to become a significant tourism circuit. Adequate attempts are being undertaken by the centre as well as the state governments to attract tourists” he said.

Slamming the Left government he said that the government had shifted its priority of works to turn this state into a model. “The previous government never explored the possibilities. They never thought of the comfort of the tourists. Now we have modernized the facilities of staying here, easy transportation etc.” he said.

On the replicas, he said that this initiative had been taken to make tourists aware of the major tourist destinations of the state.