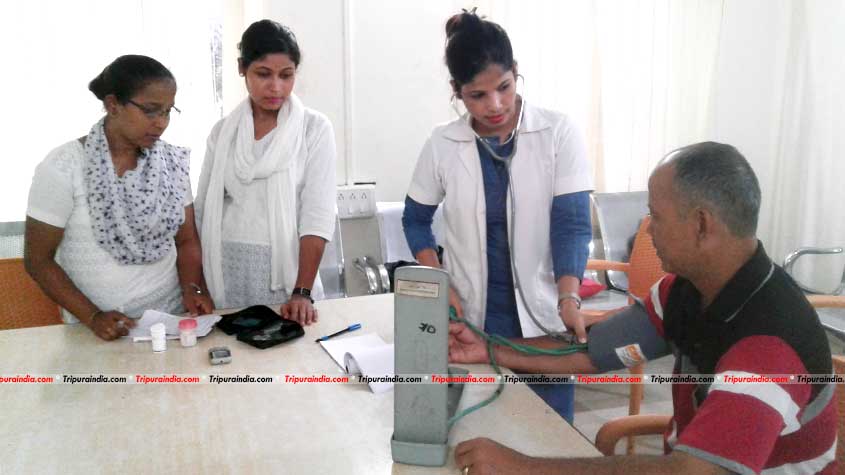 The city based Wintrobe Hospital on 15 June 2018 conducted a brief weekly OPD clinic at Guwahati Press Club, where the participants got the opportunity to check their blood sugar & pressure.

Film screening: Italian film maker Vittorio De Sica’s internationally acclaimed movie ‘Bicycle Thieves’ was screened at Guwahati Press Club on Friday. Widely regarded as a masterpiece of Italian neorealism, the movie narrates the story of a poverty stricken unemployed worker of Rome along with his young son in the backdrop of devastating world-war.

Hailed as one of the greatest movies ever made, the 93 minutes film received an Academy Honorary Award in 1950. Produced in 1948 with the screenplay by director De Sica himself, the black & white movie has cinematography by Carlo Montuori and music by Alessandro Cicognini. Casts include Lamberto Maggiorani, Lianella Carell, Enzo Staiola etc.