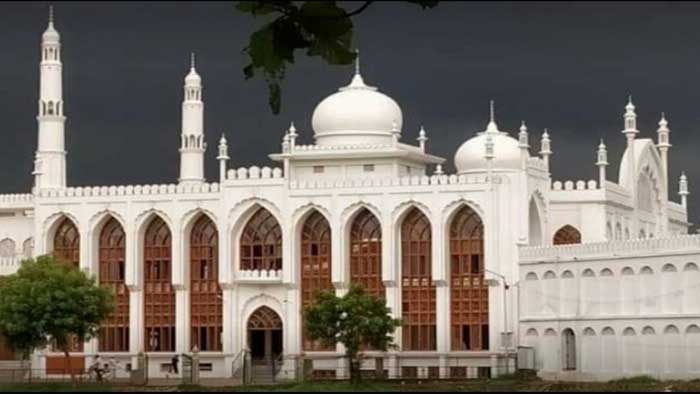 Violence erupted at the Islamic seminary Darul Uloom Nadwatul Ulama in Lucknow on Monday, as students came out in support of Delhi's Jamia Millia University and Uttar Pradesh's Aligarh Muslim University students, who had clashed with police on Sunday over the newly enacted Citizenship (Amendment) Act.

The Nadwa college students here protested against the Delhi and Aligarh Police. As the police here closed the gates of the college from outside, students pelted stones at the policemen from inside.

After some time, stone pelting stopped and Lucknow SSP Kalanidhi Naithani claimed that students had returned to their classes.

"About 150 students had come out to protest but they are going back to their classes. The situation is now normal," he said.

Uttar Pradesh DGP O.P. Singh said that the law and order situation would be strictly implemented on the campus and those students who indulge in violence would be dealt with strictly. He appealed to the students to maintain peace.

Uttar Pradesh Minister for Minority Welfare Mohsin Raza, has invited clerics form Shia and Sunni sects as well as the Nadwa College to appeal for peace and assure them of the good intentions of the Citizenship Amendment Act.

"It is up to the religious leaders to explain things to students and prevent them from being misled by vested interest," he said.

The police have registered cases against 500 students of Aligarh Muslim University where clashes took place late on Sunday.

Sources said that about two dozen students of AMU have been detained for questioning. "We suspect that some outsiders were involved in the Sunday's violence in AMU," said a senior police official.