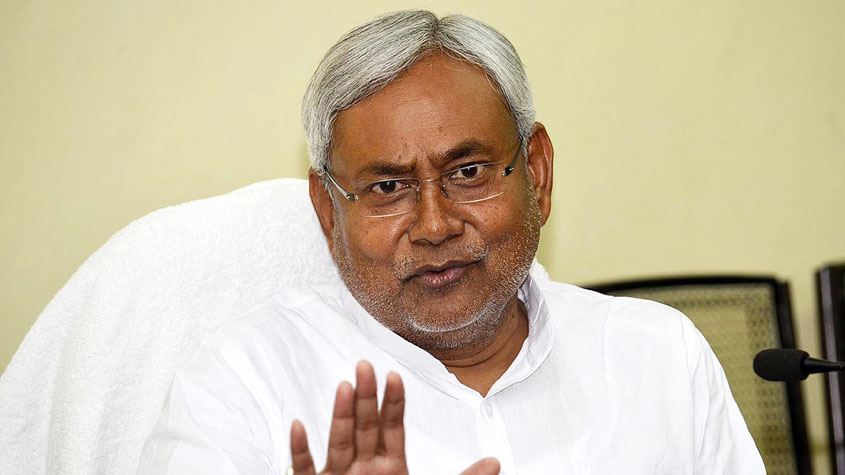 "Nearly a dozen police officials were injured and windscreens of several vehicles damaged in the attack," a district official told IANS from Buxar, about 125 km from Patna.

However, a district police official denied the vehicles were attacked or damaged. But he admitted that Nitish Kumar was safe after being "rescued by security personnel".

According to police, when Nitish Kumar was passing through the village, some people urged him to visit the area inhabited by Dalits which they claimed was neglected.

But the Chief Minister ignored the plea, angering the villagers who attacked his convoy. Some youths also shouted slogans against Nitish Kumar.