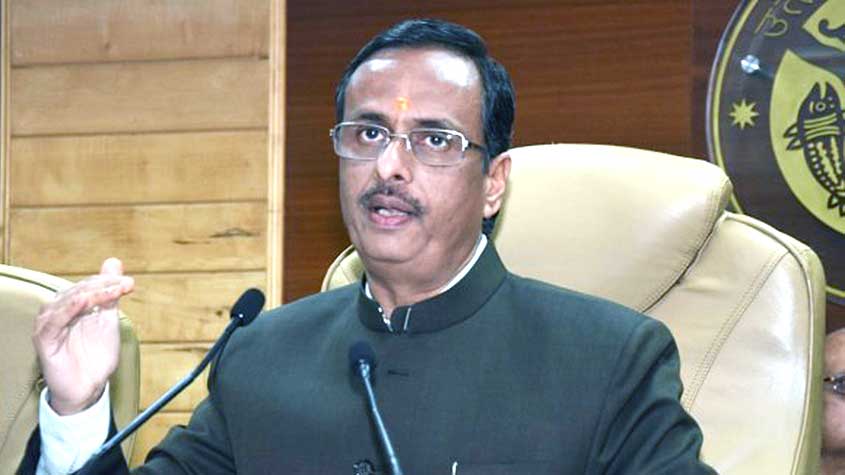 A case was lodged against Uttar Pradesh Deputy Chief Minister Dinesh Sharma in Bihar's Sitamarhi district on Saturday for insulting Sita by claiming "she was the first test tube baby of India".

Chandan Kumar Singh, an advocate, filed the case in the Chief Judicial Magistrate's court. It will be heard on June 8.

The petitioner said that Sharma has not only hurt people's religious sentiments but also insulted the country's rich heritage, culture and tradition.

"Sharma's statement is part of a well planned political and criminal conspiracy to hurt and insult sentiment of a particular religion."

He said that the BJP leader's illogical concept will make Hindu religion the butt of ridicule.

Sharma, who had once equated "jets and airplanes" with "Pushpak Viman" during Vedic times, claimed that Sita, the wife of Lord Rama, was in fact the first test tube baby of India.

Sharma, speaking at the inauguration of a skill development event in Uttar Pradesh's Mathura said: "Sita was born from an earthen pot... at that time, some test tube baby project must be underway that King Janak was ploughing a field... Shouldn't this technology be called test tube baby," he said to an amused gathering.