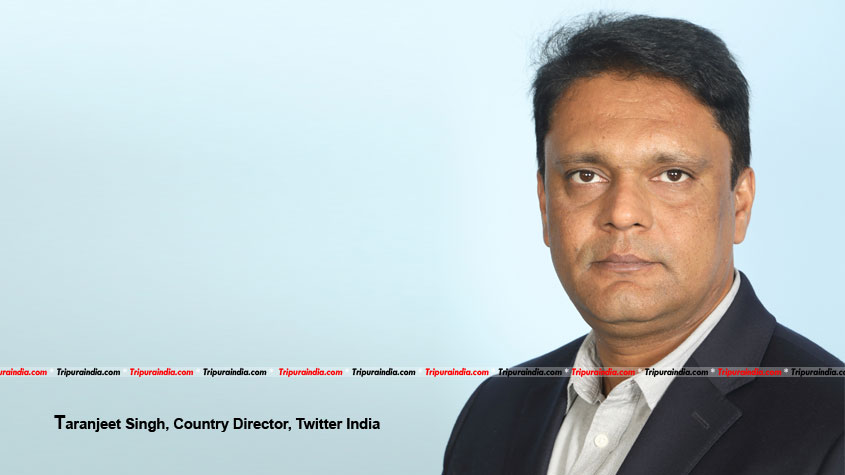 There is more to Twitter than nasty exchanges and abusive trolls e it is steadily emerging as a key social media platform for Indian businesses, helping them establish themselves on the global map.

With its young population, India offers great potential for Twitter. As video consumption rises, especially among millennials, there are more opportunities than ever for advertisers to use video on Twitter to reach young consumers in innovative ways.

"Twitter as a global platform is helping Indian businesses across verticals -- finance, auto, tech and FMCG -- establish their brands on the global stage with innovation," Taranjeet Singh, Country Director, Twitter India, told IANS in an interview.

India currently has 391 million internet subscribers. According to a Cisco report last month, digital transformation will see this number more than doubling to 829 million by 2021.

The country is already the fastest-growing market for Twitter in terms of daily active users (DAUs). While the company does not give country-specific user numbers, third-party market research firms tag the user number in India at between 20 and 25 million.

To tap the market, Twitter's live video and "Amplify" business feature work hand-in-hand as it has grown its premium video business to more than 200 premium video publishers globally across the most active segments on the platform.

"State Bank of India and CNBC-TV18 joined forces for the first Twitter eAmplify' deal in the eNews' category to bring real-time updates of the Union Budget 2017. (They achieved an) over 50 per cent video view rate using eFirst View' on Budget Day," Singh informed.

"With the rise of video, the one product that has been very popular among the Indian advertisers is eFirst View' which is a 24-hour takeover of the prime real estate property on Twitter," Singh noted.

In April in the US, the "San Francisco Film Festival 2017" livestreamed on Twitter a special tribute to actor Shah Rukh Khan which generated over 600,000 unique viewers during the one-hour period.

When it comes to "Promoted" tweets, the number of brands using Twitter for advertising has been on the rise.

Globally, in the first quarter of 2017, Twitter streamed more than 800 hours of live premium video from content partners across over 450 events, reaching 45 million unique viewers -- an increase of 31 per cent from the fourth quarter last year.

"With a large population of India still under 30, we expect the demand for live premium video content to grow and will be working closely with our partners to meet the demand from millennials," Singh told IANS.

With "Twitter Lite", the micro-blogging site is offering every Indian with a smartphone a more accessible, faster and affordable way to get real-time information. Twitter Lite provides up to 70 per cent data-cost savings, is less than 1MB in size and loads up to 30 per cent faster.

When it comes to Twitter's alignment with the government, the micro-blogging platform is gaining fast.

It is working with the government on real-time citizen engagement through "Twitter Seva".

Bengaluru Police (@BlrCityPolice) has been using the eTwitter Seva' services. UP Police (@Uppolice) has deployed Twitter across its entire constabulary. With this adoption, more than 120 verified accounts of the UP Police across districts and zones will be accessible to the public on Twitter.

Twitter, in collaboration with the Ministry of Electronics and Information Technology, has also unveiled a single link for getting online updates on "Digital India" which can be accessed even by non-registered users.

"The launch of eTwitter Data' services in APAC with Discovery Networks Asia Pacific as the first client in the region is one such step and India is one of the focus markets for this," Singh added.

The live, public and conversational nature of Twitter makes it an ideal platform to connect with the masses.