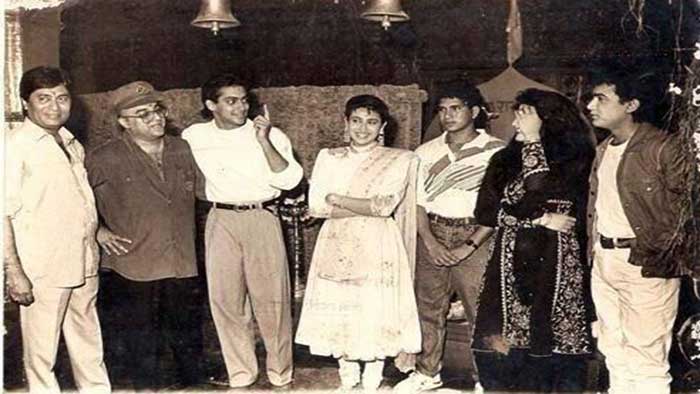 The cult comedy "Andaz Apna Apna", starring Aamir Khan and Salman Khan, released 25 years ago on November 4, and the film became a trending topic all through.

The film clashed with the Akshay Kumar-Ajay Devgn action drama "Suhaag" at the box-office and fared below expectation on release. Twentyfive years later, however, "Andaz Apna Apna" has acquired a cult status among Bollywood fans.

Few unseen shots from the film's mahurat was shared on the Twitter handle Bollywoodirect. The photographs were captioned: "#25YearsOfAndazApnaApna. Some rare photos from the sets and muhurat of #AndazApnaApna. #SachinTendulkar was one of the guests at Muhurat."