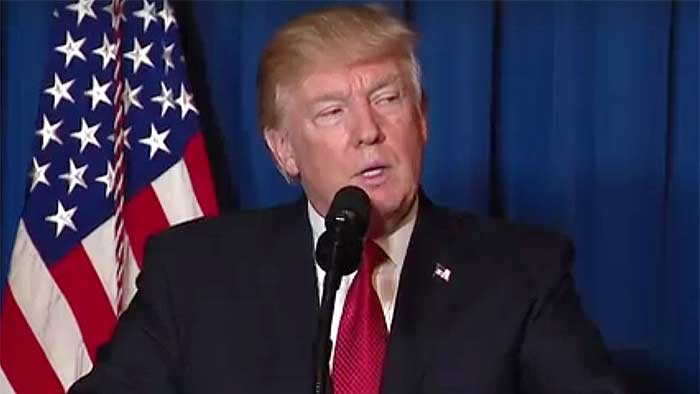 US President Donald Trump is slated to visit India next month for the first time since he joined office and before he goes to elections for a second term later this year.

Top sources told IANS that New Delhi and Washington DC are in the process of finalizing dates. "We are working on mutually agreed dates. It is likely to happen soon," an official of the Ministry of External Affairs said.

Prime Minister Narendra Modi and President Trump share a strong relationship, a glimpse of which was displayed last year in Houston where the two leaders endorsed each other before a massive Indian diaspora.

Though, majority of Indians in the US have historically and traditionally been Democrat voters, the 'Howdy Modi' event in Texas, may have struck a new political dynamic. Republicans in the US hope to swing Indian votes in their favour in the next presidential elections.

President Trump's visit to India, sources said, will most likely be finalized after his impeachment trial begins in the Senate next week. The trial is an outcome of the initiative of the House of Representatives which voted in favour of impeaching President Trump allegedly for seeking help from Ukraine to influence the 2020 presidential elections.

The last US President who visited India was Barack Obama in 2015.

New Delhi and Washington DC are expected to sign a trade deal pending since 2018, amid an economic slowdown in India.