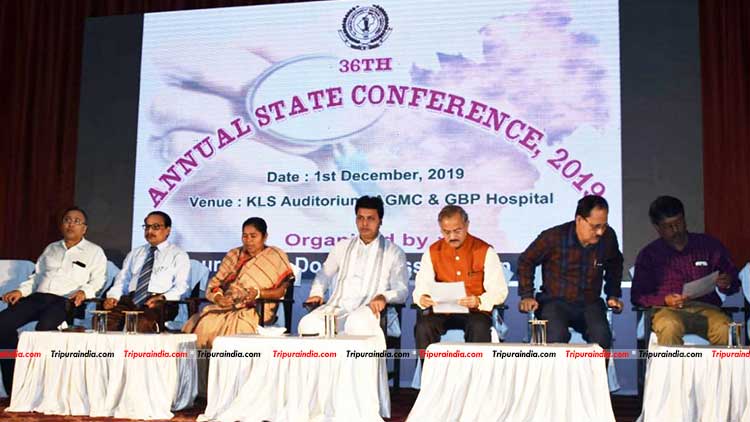 Chief Minister Biplab Kumar Deb today said, "Tripura is progressing fast with the double engine government despite centre's economy slowdown." He said, "There might be some slowdown of economy, but Tripura's economic condition is in good shape as we are able to collect taxes and we have also initiated series of decisions to generate more income of the government from different sectors."

Mr. Deb was addressing a gathering of doctors and nurses in the annual conference of All Tripura Government Doctors Association (ATGDA) in the auditorium of the Agartala Government Medical College (AGMC).

He said, "During the past twenty months I have been able to obtain Rs 2427 crores extra fund from Centre beyond the normal devolution for state budgets because of this double engine effect." He however reiterated that the centre has sanctioned another 1 crore in addition to 3 crore mandays in MGNREGA scheme.

Meantime, the CM thanked the Prime Minister Narendra Modi and said, "Prior to the pay scale review, amount annually required for paying salary in the state was Rs. 433 crores, but now it has gone up to Rs. 780 crores because of the positive attitude of the Modi government at the centre towards Tripura."

Lastly, The CM urged upon the Doctors' fraternity to work earnestly and government is committed towards fulfilling all the necessities of the Doctors of the State including 7th Pay commission.