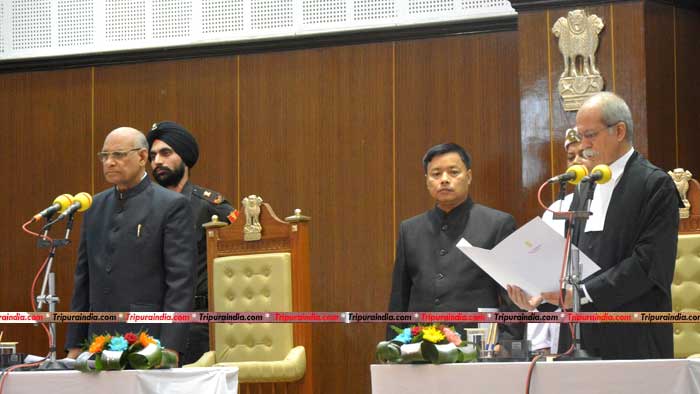 The Newly appointed Chief Justice Akil Kureshi today took charge of the Tripura High Court after taking his oath of office here at Agartala Raj Bhawan. Governor Ramesh Bais has administered his oath of office in presence of Chief Minister Biplab Kumar Deb and ministers of the state cabinet.

Justice Subhashish Talapatra was serving as the acting Chief Justice of Tripura HC after Justice Sanjay Karol, who was heading the Tripura High Court, was recently appointed to the Patna High Court as chief justice.

The Supreme Court collegium had earlier recommended Justice Kureshi's name to head the Madhya Pradesh High Court. But following reservations expressed by the government, it modified its recommendation and proposed his name as head of the Tripura HC.

Appointment of Justice Kureshi as chief justice of the Madhya Pradesh High Court was recommended by the collegium on May 10.