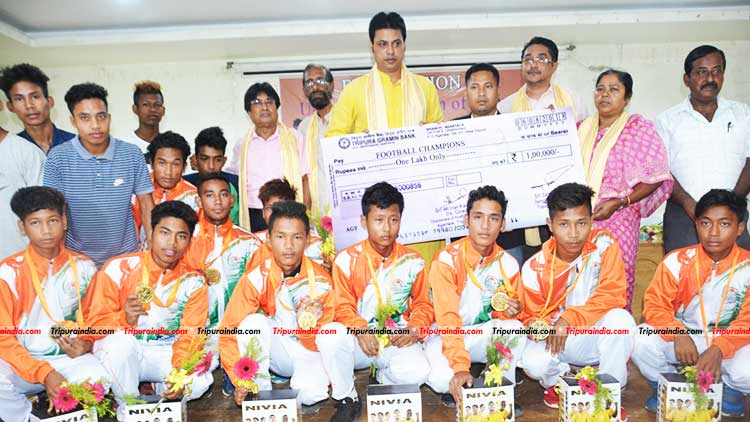 Chief Minister Biplab Kumar Deb has felicitated them and handed over a cheque of Rs. 1 lakh to the footballers.

Members of the Under-17 football team from Tripura, who became champions of the Students Olympic Asian Games by defeating Pakistan, returned to India on Friday last.

The Tripura footballers have become the best football team of Asia Continent.

The under-17 India team defeated Pakistan by 3-0 goals in Thailand's Pattaya.

Earlier, the team defeated Bangladesh in the quarter-final and Thailand by 7-0 goals in the semi-final.

Along with the boys from Tripura, the team that represented India also had three players from Haryana and three from Delhi.