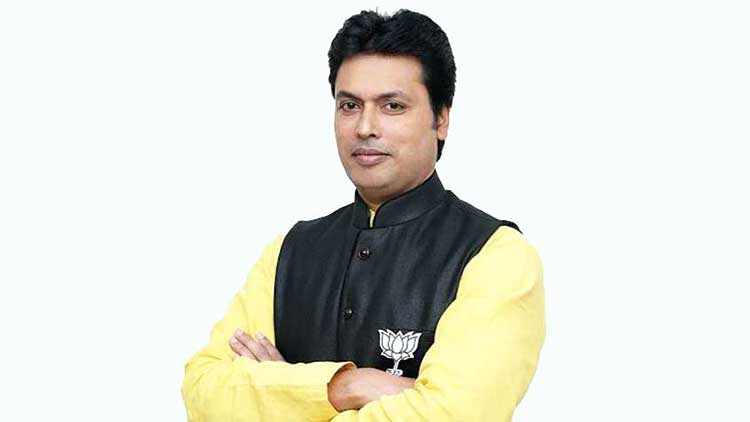 Tripura Chief Minister Biplab Kumar Deb and other state BJP leaders would campaign for the party in the November 28 Assembly polls in Congress ruled Mizoram, a party official said here on Tuesday.

He said that Deb (also the BJP's Tripura Pradesh President) and other state leaders would address election rallies and party workers' meet in Mizoram.

Bhattacharjee said: "Tripura Chief Minister is the star attraction for the party in the ongoing election campaign in the Congress ruled state as under his leadership the BJP crushed the Left rule in Tripura after 25 consecutive years."

At least five of the 40 Assembly constituencies in Mizoram share borders with Tripura, which has a 109 km border with the Christian-dominated state.

BJP President Amit Shah, who kicked-off the election campaign in Mizoram last week, announced the party would field candidates in all the 40 Assembly seats of the state.

BJP leaders in Mizoram have been asserting that they would make all-out efforts to remove the Congress from power in the state to "paint the northeast with the saffron colour".

Mizoram is the only state ruled by the Congress in the region.

The BJP is making intensive efforts to win the Christian-dominated state, after having formed governments on its own or by forming alliances in the remaining six northeastern states, excluding Sikkim.

While, Lalzirliana and Sailo joined the opposition Mizo National Front (MNF) and Chakma joined the BJP, Khiangte is yet to announce his future course of action.

With these resignations, the Congress' strength in the 40-member house came down to 30, while the MNF has six lawmakers. Four seats are vacant after the resignations of four Congress MLAs.

Both the Congress and the main opposition MNF led by party President and former Chief Minister Zoramthanga have already begun their election campaign.

MNF is a constituent of the BJP-led North East Democratic Alliance (NEDA).