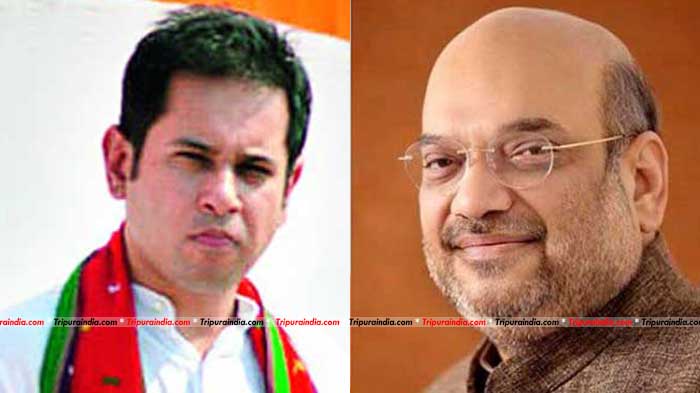 The Tripura’s royal scion also the former Pradesh congress President Maharaja Pradyot Kishore Deb Barman who have been constantly opposing the Citizenship Amendment Bill (CAB) – 2016 which is expected to be passed in the ongoing Parliament session is to attend the consultation meeting called by the Union Home Minister Amit Shah at his residence in Delhi to discuss the CAB on November 29.

After receiving an invitation in the meeting to be chaired by the Home Minister Amit Shah, Pradyot shared this in social media on Thursday and stated, “Will speak for the interest of our people when we speak with the Home Minister of India.”

“When I had met him on the 16th of November on the Reang/Bru issue I had requested to him that Government needed to speak with NGO, Pressure groups and Civil society and not just Political parties,” adding to this Pradyot stated, “I am glad he agreed to my request.” He said, “Tiprasa voices need to be heard.”

In an invitation letter to Pradyot from the Additional Secretary to Tripura government Anindiya Kumar Bhattacharya it is stated, “The Union Home Minister has convened a consultation meeting with the representatives of various political parties and civil society organisations to discuss various issues related to the proposed CAB.”

However, the meeting is scheduled to be held in the residence of Amit Shah on November 29 next.