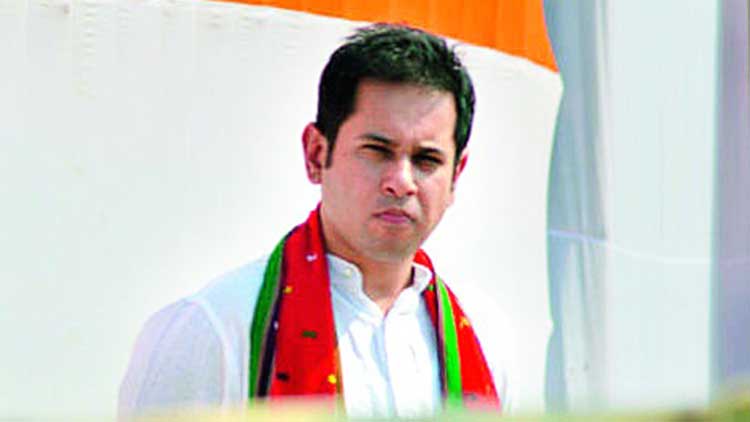 The Tripura’s royal scion also the former president of the Tripura Pradesh Congress Committee (TPCC) who attended the consultation meeting chaired by Union Home Minister Amit Shah at Delhi on Friday evening said, “We have strongly opposed the Citizenship Amendment Bill (CAB) – 2016.” He said, “I along with the tribal leaders attending the meeting apprised Amit Shahji of the adverse impact of the implementation of CAB in Tripura.” He argued northeastern states would be severely affected if the CAB passed in the Parliament.

“Tripura is the first-ever state in the North East region of the country which has implemented this CAB, but now that the centre is on the verge of passing the bill in the parliament we oppose it as Tripura can no more tackle the situation of incomings,” adding to this Pradyot said, “But, we are ready to welcome the NRC as proposed by the Amit Shahji to be implemented country-wide.” He, however, said, “We will continue our protest if CAB is introduced in Tripura.”

Pradyot has been fighting against the proposed form of CAB and demanding NRC in Tripura, for which he resigned from Congress party. He has been organizing tribal parties and groups to fight against CAB and ensure the implementation of NRC those were opposing by all the major political parties including BJP.

The Regional tribal political party representatives in the state across the party line under the leadership of Pradyot have met Amit Shah on Friday. Chief Minister Biplab Kumar Deb along with the MP of East Tripura Parliamentary Constituency Rebati Tripura remained present in the meeting at Delhi.

Pradyot however, expressed concern over the absence of Congress and CPI-M in the consultation meeting and said, “The Congress would have at least attend the meeting to submit their memorandum opposing the CAB and later walkout, but they did not attend.” He said, “Protesting outside the Congress Bhawan shall not serve the purpose of their demand.”