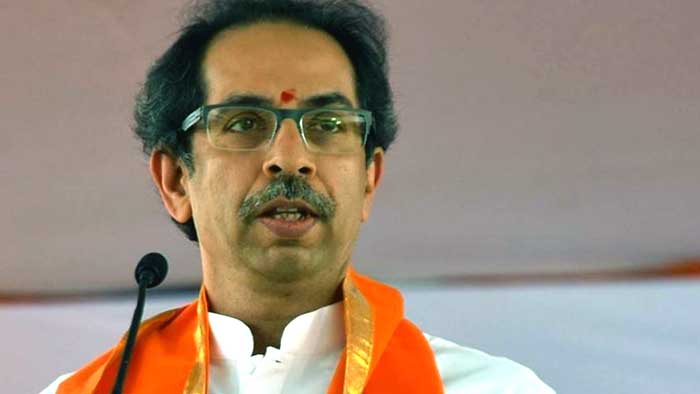 Maharashtra Chief Minister Uddhav Thackeray on Monday expanded his cabinet by inducting 35 ministers -- including his son Aditya Thackeray -- comprising 25 of Cabinet and 10 of Minister of State rank. For the first time since 2014, the ministry has a staggering four Muslim ministers.

Nationalist Congress Party senior leader was sworn in as Deputy Chief Minister for a record fourth time -- and a second time in two months.

Mumbai MLA Aditya Thackeray has been made a Cabinet minister, making it a first time in the state when a father-son pair of CM and cabinet minister will function jointly.

All the new ministers were sworn in this afternoon by Governor B.S. Koshyari outside the Maharashtra Legislature Complex, Nariman Point.

Welcoming the expansion, the ruling allies Shiv Sena, NCP and Congress leaders termed it as a "well-balanced" exercise by Thackeray giving appropriate representation to all sections, communities and regions in the state.

However, leaders of various smaller allies expressed their displeasure saying they were not given any ministerial berths nor invited for the swearing-in ceremony by the Maha Vikas Aghadi government.

Speaking to mediapersons later, Thackeray said the cabinet portfolios would be allocated within a couple of days.

He also dismissed reports of a rift or displeasure from several quarters, saying he has not heard any such thing, after conducting the first full-fledged cabinet meeting this evening.

The cabinet has three women -- NCP's Aditi Tatkare (MoS) and Congress' Varsha Gaikwad and Yashomati Thakur, both Cabinet rank -- though the Sena has no woman representative in the government for the present.

After today's expansion the total strength of the ministry goes up to 43, including CM Thackeray and DCM Pawar.