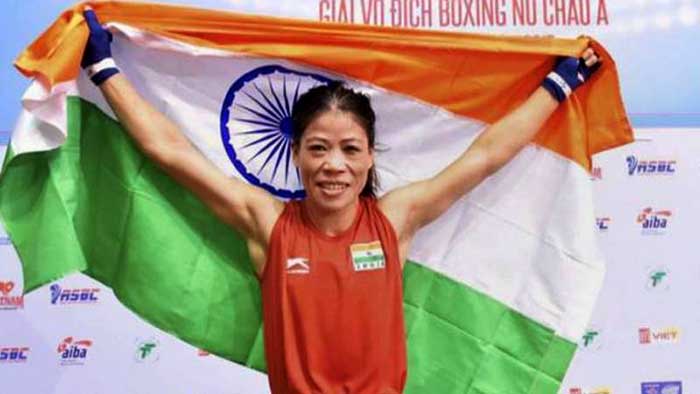 Six-time world champion MC Mary Kom on Thursday expressed gratitude to the World Olympian Association (WOA) after it allowed her the use of post-nominal letters 'OLY'.

Mary Kom shared the image of the certificate of recognition on her official Twitter handle and wrote, "Thank you so much for the recognition" tagging WOA and International Olympic Committee (IOC).

The initiative allows Olympians to use the OLY lettering on any official documentation after their name much like when one gets a degree.

In the Women's World Boxing Championships held in Ulan-Ude, Russia last month, the ace Indian pugilist had to settle for bronze medal after she lost her semi-final bout in the 51-kg flyweight category to second-seed Busenaz Cakiroglu of Turkey in a split verdict.

The London Olympic bronze medallist is the only boxer across male and female categories to collect eight World Championships medals.