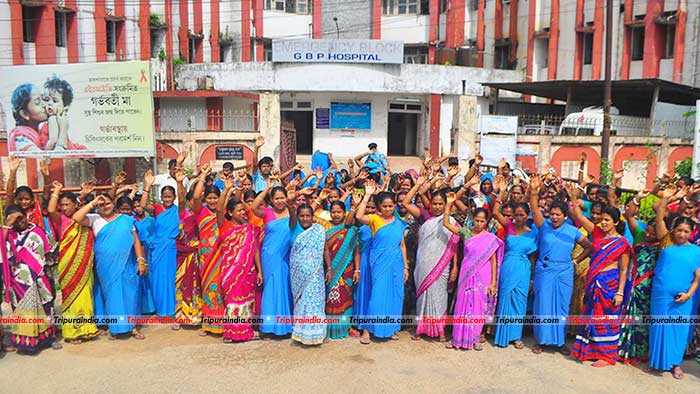 About 600 Sanitation staff of GB pant hospital on Tuesday staged protest demanding to clear their pending salaries. Raising voice in favor of their demand the sanitation staff stated that they are deprived of their salary since past 5 -6 months. Despite of doing every work they are not getting their salaries on time.

The workers flayed the authority for not paying wages to workers for the past 5-6 months. The workers stated that they have been appealing from the authority for clearing their pending salaries but so far no action is being taken. The agitated staffs finally staged protest demanding their salary and stated that they will not withdraw the strike until their demands are met.