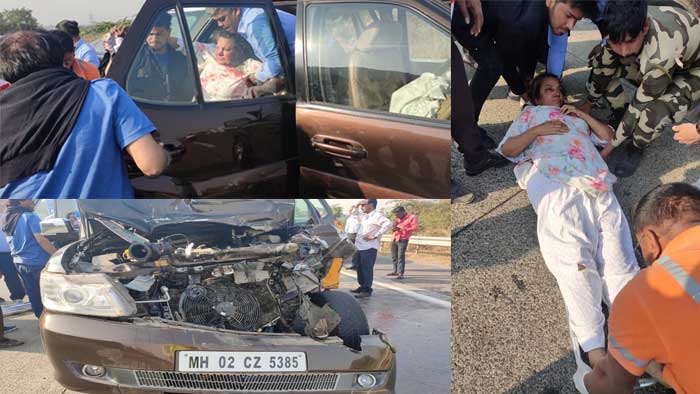 Renowned National Award winner Bollywood actress Shabana Azmi was injured in a road accident involving her car near Khalapur on the Mumbai-Pune Expressway, the police said on Saturday.

As per preliminary information, her car, in which her husband and National Award winning poet-lyricist Javed Akhtar was also travelling, dashed against a truck on the highway on the Mumbai-Pune lane around 4.15 p.m, according to a highway patrol policeman, Babasaheb Chemate.

The injured actress was brought out of the car, kept on the road briefly, and later rushed to the MGM Hospital at Kamothe in Navi Mumbai.

The 69-year old actress is undergoing treatment and tests to ascertain the extent of her injuries, official sources said.

It is not immediately clear whether Akhtar (75), who appeared badly shaken and helped to the roadside by a couple of persons, was also injured, but another unidentified woman is reportedly seriously injured.

Highway police patrol teams have rushed to investigate the accident site in which her car has been badly smashed.