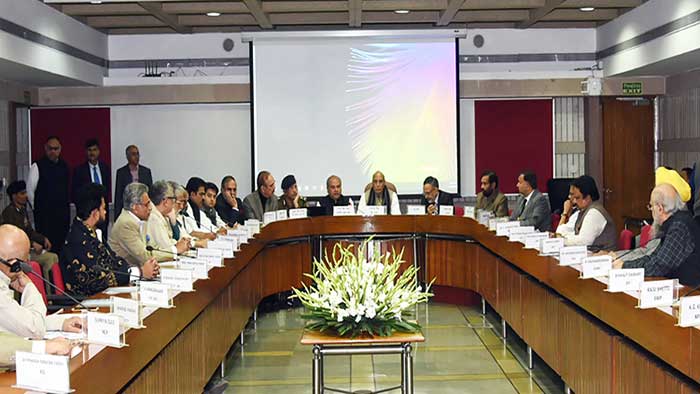 The Jammu and Kashmir authorities on Sunday decided to withdraw the security cover of five separatist leaders, including Mirwaiz Umer Farooq.

According to the decision, armed guards, vehicles and other facilities to the separatists will be withdrawn by Sunday evening, the sources added.

Sunday's announcement comes after Union Home Minister Rajnath Singh, who visited the Kashmir Valley on Friday, had said that security provided to those who receive money from Pakistan would be reviewed.

Shah is presently in custody in Delhi after he was arrested by the National Investigation Agency (NIA) in Srinagar on July 26, 2017, in connection with a terror funding case.

Security cover was however, deployed outside his residence in Srinagar where his family resides.

Senior separatist leaders Syed Ali Geelani and Muhammad Yasin Malik were not provided any security cover by the state government.