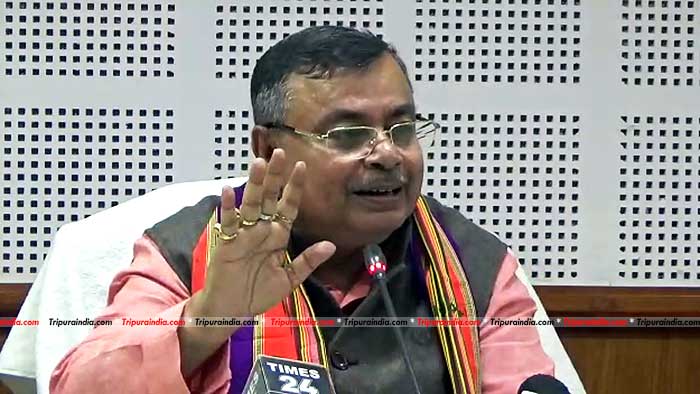 The state government has sent a proposal of Rs 8000 crore to the Centre for the development TTAADC (Tribal Areas Autonomous District Council) which has been primarily granted, Education Minister Ratan Lal Nath told the Assembly house today.

Replying a question raised by IPFT MLA Brishaketu Devbarma, Nath said that the government had already opened tenders for the 7 degree colleges which would be set up across the state in PPP (Public Private Partnership) model. “A number of the 7 colleges will be set up in the ADC areas. In addition, a medical college will be set up here in the Khumulwng the ADC headquarters of the state; 2 among the total 18 Ekalavya model residential schools have been sanctioned, 4 others are also in the list to get sanctioned soon. A Jawahar Navodaya Vidyala will be also opened at Shimna” Nath told the house.

Earlier, Brishaketu Debbarma raised the question in reference to the listed questions of MLA Sushanta Chowdhury and MLA Ratan Chakraborty on the Tolakona degree college. Debbarma cited that since long the ADC areas had been deprived of adequate facilities pertaining to the education and health sector.

“In the ADC areas there are only two degree colleges. What is being done has been confined within the limit of Jirania, which is perhaps the entrance of the ADC areas. The condition of education and health related services are not up to the mark in ADC areas” Debbarma told the house.

Notably, MLAs Sushanta Chowdhury and Ratan Chakraborty submitted a question regarding setting up of the new college in Tolakona area under Jirania sub-division. Education Minister Ratan Lal Nath, in his reply, told the house that from the next academic year, the college would be started at the old school complex of Mohanpur Ranigaon School and an amount of Rs 32 lakh had been sanctioned for the renovation of the old complex.