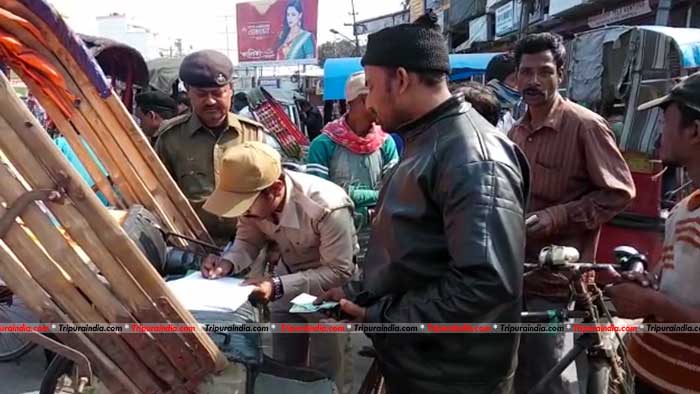 In yet another significant step to overhaul the transport system of the city, all the paddle rickshaw pullers have been directed to possess licenses for uninterrupted plying in the city roads.

“Those who are eager to ferry passengers in the city have to possess a license issued by the municipal body. This message has been conveyed to all the unions and rickshaw pullers about 15 days back” said a official of the municipal department in the sidelines of a identification drive this morning.

“We are identifying the rickshaws which do not have any valid license and penalizing them. I has to be mentioned here that unless the rickshaw owners possess a license the vehicle would not be allowed in the roads”  the official told media.

Reportedly, three consecutive meetings have been held among the pullers, owners and administration for mediation regarding licensing.

“We have no problem with the new laws being introduced in the public interest. What exactly we want is to decrease in the daily that has to be paid to the owners. The pullers are struggling to arrange Rs 200 a day for the owners. The administration should also look into this” a rickshaw puller said.

Notably, about 40 rickshaw pullers had been fined for not having the license this morning.