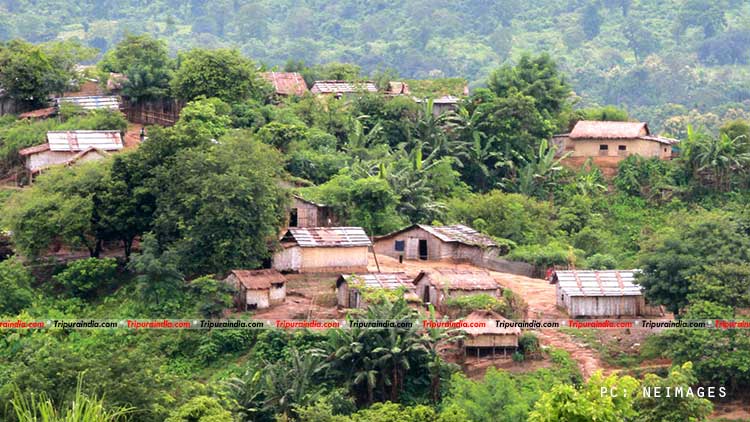 The much-awaited repatriations of over 35,000 Reang tribal refugees, sheltered in seven relief camps in northern Tripura, is running into rough weather as the migrants are reluctant to return to their villages in Mizoram unless their demands, including for security to their lives, are met.

Over 35,000 Reang tribal refugees comprising 5,907 families are sheltered in seven relief camps in northern Tripura for the past 22 years after they fled from their villages in Mizoram in the wake of communal tension there.

"The stalled repatriation of refugees resumed on October 3 and with the joint arrangements made by Tripura and Mizoram governments, around 245 Reang tribal refugees of about 50 families have left Tripura for their villages in Mizoram," Abeda Nanda Baidya, Sub-Divisional Magistrate of Kanchanpur in northern Tripura, told IANS over phone.

He said: "But despite the arrangement of security and vehicles made by the district administrations of North Tripura and Mizoram's Mamit district, the repatriation process could not be carried out on Monday due to protests and obstacles put up by a section of refugees, mostly women."

The official said the refugee leaders have told the officials in Mizoram not to send vehicles to the relief camps in Tripura to take back the immigrants.

Baidya said that to persuade the refugees to return to their homes, the officials of Tripura and Mizoram led by North Tripura District Magistrate Raval H. Kumar and Lalrozama, Deputy Commissioner of Mamit district, held a mass meeting with the refugees on Tuesday.

After the meeting, the officials told the migrants in a joint resolution, a copy of which is in possession of IANS, that as per the decision of the Union Home Ministry, the repatriation process should be completed by November 30, after which no further release of ration, cash dole and other relief materials would be made.

The joint resolution also said that after the repatriation of the refugees, their security would be ensured and all the schemes of the Central and Mizoram governments would be implemented for the benefit of the Reang tribals, locally called 'Bru'.

"The refugees have expressed total dissatisfaction over the ongoing repatriation process. They have demanded an autonomous district council (ADC) for the Reang tribals, re-arrangement of the re-settlement areas, liberty to each family to choose their area of re-settlement, deployment of Central forces for the protection of the repatriated refugees and cash assistance," the resolution said.

A Home Department official in Aizawl said the Union Home Ministry recently approved Rs 350 crore for the rehabilitation of the Reang tribals, after the completion of the ninth phase of the repatriation process.

The Mizoram Bru Displaced People's Forum (MBDPF), the apex body of the refugees, in a letter to the Mizoram Home Minister on Monday had alleged that the provisions of the four-partite agreement, signed in Delhi on July 3, 2018, had been violated.

The four-partite agreement had finalised a six-point benefit package for each refugee family.

But the refugees later refused the package, demanding security by Central paramilitary forces and allotment of five hectares of land to each refugee family, besides the formation of an area development council for the Reang tribals, which is a primitive tribe among the tribals.

The refugees hail from three districts in Mizoram -- Mamit, Lunglei and Kolasib -- spanning across nine of the state's 40 Assembly constituencies.