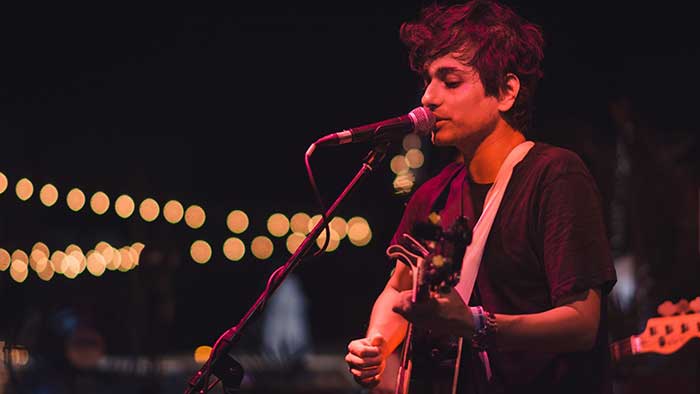 People are looking to support homegrown talent and indie music, feels Raghav Meattle, a Mumbai-based singer-songwriter who rose to fame after reaching the semifinals of the second season of English singing talent hunt show 'The Stage'.

The musician was recently shortlisted among the Top 24 leading singer-songwriters in the country by Maruti Suzuki's musical initiative 'Nexa Music'. With great emphasis on vocals and melodies, Raghav uses heartfelt songwriting and catchy tunes to build a strong connection with his listeners.

Meattle performed at the World of Christmas, High Street Phoenix on Christmas. Excerpts from his IANSlife interview.

1. You are trained in Hindustani classical music. Could you tell us about the training?

I started with Hindustani classic when I was five-six years old because my parents put me into it. Over time, by class eight or nine, a few of my closest friends started listening to bands like ï¿½Metallica' and ï¿½Creed' and there was no looking back. I think I grew up listening to that sound and identified with it more. I still listen to classical music at times, but I think my expression in music leans towards the western side because of what I exposed myself to while growing up.

2. Your songs are simple, yet touch a chord with the everyday Indian.

I think I'm a better writer than a musician. I like to write about the things around me and then set tunes to them - hence, the relatability.

3. It's been a year since your debut album 'Songs from A Matchbox'. How has the response been so far? You also crowdfunded this album.

The response has been great. We're about to touch 4,00,000 plays across all platforms which is pretty awesome for an indie release with zero marketing budgets. It's all about the DIY spirit. I raised over 4.6L from 180 contributors and that happened because people are looking to support homegrown talent and indie music. I think anything that is real will ultimately end up finding support.

4. As someone who is rising up in the industry the organic way. What is the experience like?

I think it's a great one, because I get heartfelt messages nearly everyday from people who are inspired by my music, journey. As long as I have people listening to my music, I'll keep writing more and playing more gigs!

5. In view of your song 'Woh Din Kahan Gaye', do you think art must be political?

6. What are your upcoming projects?

I just finished shooting a music video for a new single called ï¿½City Life'. I should be releasing it in January. It's a song about big metropolitan cities and we've shot the music video all across Mumbai on an 8mm film camera. The old school vibe should really work for the song.